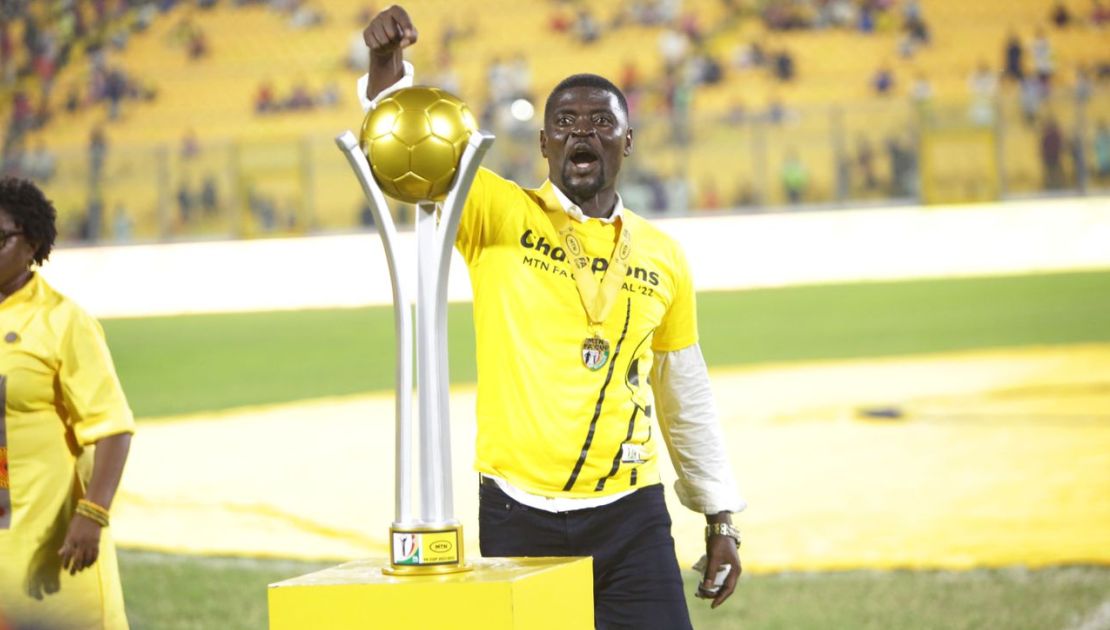 He’s not my favourite coach but that doesn’t bar me from acknowledging him and his team’s effort particularly when there’s good premise for such acknowledgement.

I predicted a Bechem United victory. Bechem United have fared well in the Ghana Premier League (GPL) this season, finishing second to Asante Kotoko who outrun them by good distance. Conversely, Hearts have stumbled so many times this season, first being humiliated in Africa and eventually finishing 6th in the GPL.

With Augustine Okrah and his Bechem United teammates desirous of a title to crown their fine efforts, my assumption was, Hearts would lose. I was deceived. Not because the Bechem lads weren’t pre-match favourites but maybe because I wrote Boadu and Hearts off too quickly. It’s easy to overlook Boadu’s work at Hearts if you’re not closely following him and the Phobians.

Boadu ended Hearts’s decade-long league title famine. He also won the FA Cup. It was disaster in Africa for Boadu and Hearts for various reasons. I won’t state and interrogate those reasons since that’s not my focus but I reiterate my long held view that, it would take so much, far more than a coach’s inputs for not just Hearts but Ghanaian clubs to be impressive in Africa.

When Boadu returned to the GPL after the Africa fiasco, Kotoko were already midair. It was going to be difficult for Hearts to halt our flight. Boadu did give Kotoko bitter memories though in the President’s Cup – overpowering us in Accra early March. Take away everything from Boadu but you can’t denial that, at Hearts, he’s decently stuck to the trophy winning mentality the Phobians have for cup finals.

It hurts to say this as a Kotoko fan but he’s done it twice in the FA Cup and the less prestigious President’s Cup. Back to back FA Cups plus a league title for a club that struggled to win a single prominent trophy in over 10 years, can’t be a fluke. Some thinking, some planning, some decent work must’ve gone into Boadu’s successes.

You can’t delink Hearts’ recent title triumphs from Boadu. It would be unfair. I don’t know the inside stories of Hearts but on the outside, the disrespect some Phobians show to Boadu is hard to comprehend. Hearts ought to be grateful. Boadu might not be Hearts’s most successful coach in their over 100-year-old history but this material time he’s proven to be the best the Phobians can have.

It would be prudent to have confidence in him, critically examine the management practices at the club which I don’t believe at the best anyway, ensure better recruitment while preparing for next season, to face inevitable sterner Africa competition and of course from Asante Kotoko back home.