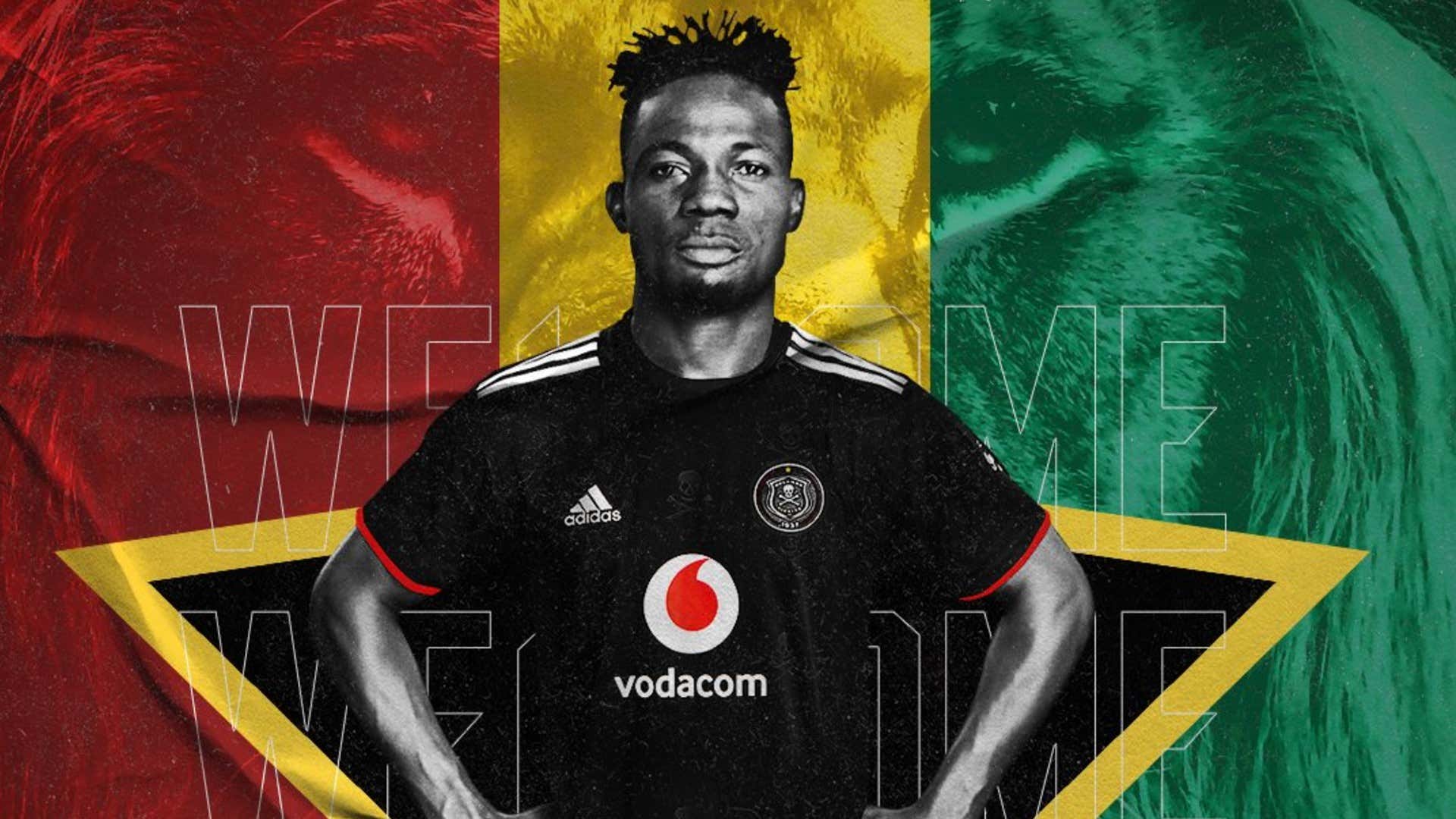 Will Kwame Peprah become what Orlando Pirates have been crying out for - a targetman who can deliver goals frequently?

The talk of the PSL

With four goals in his last two matches, the Ghanaian burst into life just before Christmas and would probably have loved to have gone on playing rather than being forced to join his teammates and the rest of the PSL for the festive season's break and subsequent Afcon pause.

He caught the eye and made headlines, but won't be able to build any momentum due to the lengthy break in competitive action.

The former King Faisal marksman took a lot of time to find his first goal - 12 matches to be exact. It was credit to the Bucs technical team that they kept faith in Peprah, and they have also managed his game-time well, gradually increasing it as the months have gone by.

What has impressed about Peprah is his all-round ability. Big and strong, he can hold the ball up very well to bring teammates into play, so he can operate as a traditional number nine. But he has also shown a neat touch as well as good athleticism and speed to run the channels.

What has also impressed is Peprah's mentality. Even when it wasn't falling for him in front of goal - there were times he was desperately unlucky, his head did not drop and neither did his all-round play. One could see his quality and the feeling was that once he broke the deadlock, the goals would flow, and that is what's happened.

Two of his strikes (one against Gallants, one against AmaZulu) were superb, measured efforts, showing great composure and confidence. The other two were more scrambled close-range finishes which were helped by some poor goalkeeping.

So it would be a good idea for fans to not expect too much just yet, and for the player to remain grounded and focussed - there will no doubt be ups and downs ahead.

At only 21-years-old, Peprah is still finding his feet and if he keeps progressing, Bucs could have some player on their hands, and so could the Ghana national team.

What has been especially pleasing from Pirates’ point of view is the quick understanding which has developed between Peprah and the returning Thembinkosi Lorch. The pair have appeared to be on the same wavelength from the start and if Lorch keeps on supplying chances, it looks like on current form at least, goals won’t be a problem for Peprah and Pirates.

Others such as current Pirates marksmen Tshegofatso Mabasa and Gabadinho Mhango have also enjoyed purple patches in front of goal, only to fade.