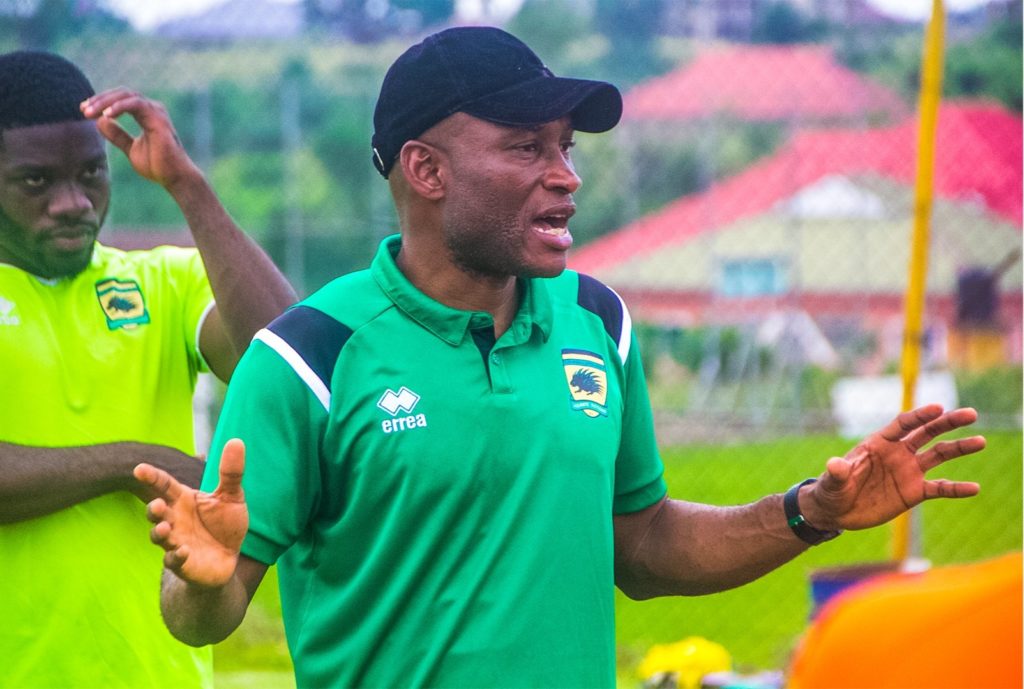 Not many Ghana Premier League (GPL) pundits gave him and Asante Kotoko the chance to be champions. Of course, coming from a season where arch rivals Hearts of Oak had shown stellar form to outrun us to be league winners for the first time in over a decade, it was no surprise Hearts were seen as favourites.

Hearts won the FA Cup too. All eyes were on them, not Kotoko who had signed new coach, Dr. Prosper N. Ogum with a sizeable number of new players. A new fabulous team was up for the 2021/22 GPL season. Kotoko’s Dubai pre-season matches recorded losses that cast more doubts on our form.

Not even the everlasting knowledge that Kotoko are always a GPL title favourite swayed pundits’ opinion. Let it be known that Kotoko have clout. Our clout is one that has no equal in the GPL. This clout is what ensures that, new coaches at the club backed by sound management practices and fine players would invariably be league champions.

Three examples suffice. Bashir Hayford, Maxwell Konadu and Didi Dramani are coaches who Kotoko’s clout contributed to making them envied GPL title winners. It’s the turn of Ogum. He’s close to being a GPL title winning coach just like Bash, Konadu and Didi did in their first season. Those who gave Ogum no chance have revised their notes.

After disappointing outcomes against Legon Cities, Aduana Stars and Berekum Chelsea, Ogum has won at last at Tarkwa beating Medeama 2-0. Ogum has been rewriting Kotoko’s scripts – winning where the team hasn’t won in the GPL or have indeed, found it difficult to win in years. In sum, Ogum wins where eagles fear.

First, he ended a 13-year wait for a win over Aduana Stars at Dormaa. He also beat WAFA, the team he coached before joining Kotoko, at Sogakope. Thus, twice this season, Ogum has led the Porcupines to two unprecedented victories in the GPL.

The latest win over Medeama at Tarkwa is first in nearly eight years. Aside keeping the top position for weeks, under Ogum, Kotoko have had a goal-machine who has scored goals in numbers only comparable to what striker, Eric Bekoe lavished on us more than ten years ago and even that, the Cameroonian forward, Frank E. Mbella has surpassed Bekoe by three goals with his tally presently at 20.

Our unassailable lead might have been pruned but even with that, we would be the 2021/22 GPL champions and Coach Ogum, unquestionably, would be remembered for winning where eagles dared. That’s the Porcupine spirit. That said, due praise will go to the players and fans, Management and the Board for steering a victorious GPL season.