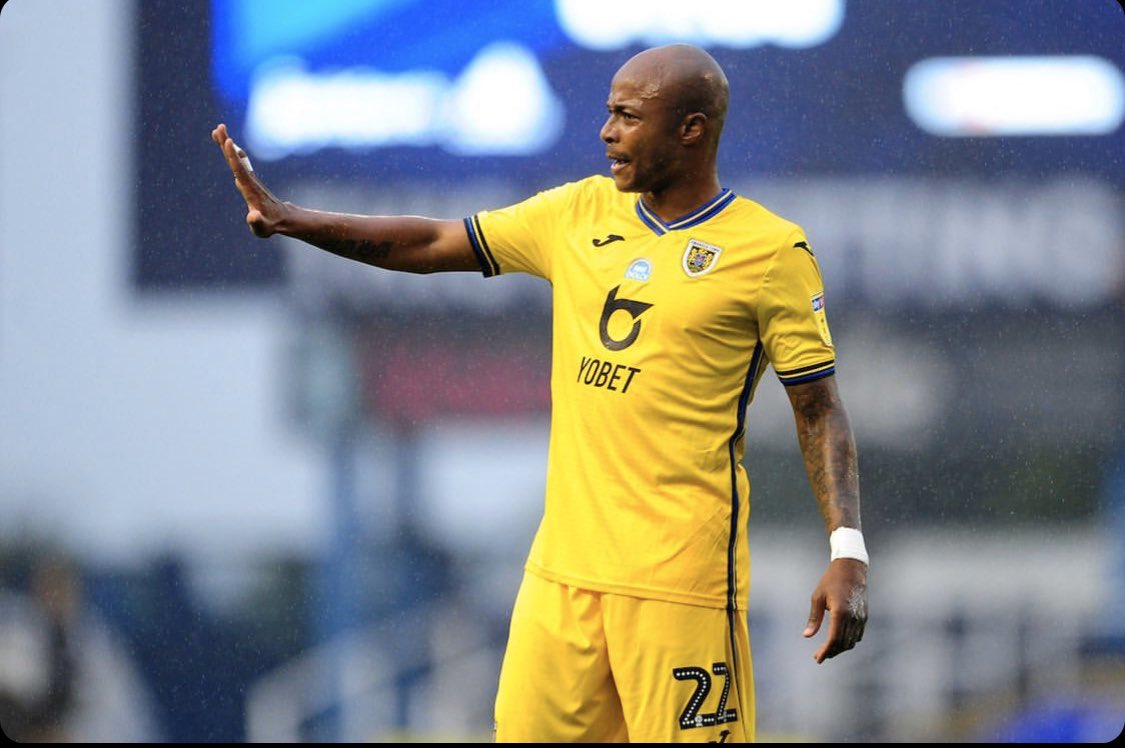 The Swansea City forward had a successful 2019/20 campaign and has been linked with the Parisians since the season ended.

Ayew may well be walking into the home of the Champions League winners with Thomas Tuchel’s side in the final four of this year’s edition, and with a solid chance of finally securing their Holy Grail.

With Edinson Cavani now out of the club and Wednesday night’s hero vs Atalanta, Eric Maxim Choupo-Moting, on a short-term contract, that leaves Mauro Icardi as the Parisians’ only central striker confirmed to be at the club next season.

In truth, the Ligue 1 club could trigger the option to extend the Cameroon star’s contract by a further year but that still remains to be seen.

Ayew, capable of playing across the frontline, will offer Tuchel different options of approaching games if the Red and Blues opt for the Swansea City striker this summer.

With Victor Osimhen now at Napoli, Christophe Galtier’s side could look at the Ghana star if they need more firepower up front.

While a bit of the Osimhen money has already been spent on Canada striker Jonathan David, Les Dogues could still add to their attack to bolster their options despite the purchase of the ex-Genk man.

Having already thrived at Marseille earlier in his career, a return to the French top flight to play for another ambitious side could be tempting for the West African.

The form of Dominic Calvert-Lewin and Richarlison after Carlo Ancelotti took charge on Merseyside was surprising to many observers, who consequently didn’t find their reversion to the mean post-lockdown shocking.

Calvert-Lewin fired blanks in every game after the restart, although the Brazilian forward (three goals) did fare slightly better. Last year’s big-money signing Moise Kean disappointed for the entirety of the season and maybe moved on if the Italian boss has lost patience.

A forward like Ayew could give the Toffees that relatively prolific striker they need as they strive to challenge the established top six in the Premier League.

With Diego Costa no longer at his peak and Alvaro Morata largely Jekyll and Hyde, Diego Simeone could look to the Ghana forward to add the much-needed oomph in their attack.

Los Colchoneros’ Champions League elimination indicated the older Spanish striker may no longer be reliable for the really big occasions, while Ayew, despite being 30, isn’t showing signs of slowing down any time soon.

The Spanish giants have already been linked with a move for Arsenal frontman Alexander Lacazette, but a deal with the Gunners may be complicated to complete, leaving Ayew as an obtainable alternative.

Given Zlatan Ibrahimovic’s future is still up in the air, Stefano Pioli’s team ought to be on the lookout for alternatives in the market, especially with the new Serie A season expected to start in a month.

Despite not having the Swede legend’s personality, ability or clout, Ayew could be a decent-to-good addition for the Rossoneri who finished the 19/20 domestic season as the in-form side in the Italian top flight.

The Ghana star has never featured in Serie A, but a transfer to the Milan giants represents a good opportunity, even more so in an event where the club’s top striker departs before the start of next season.