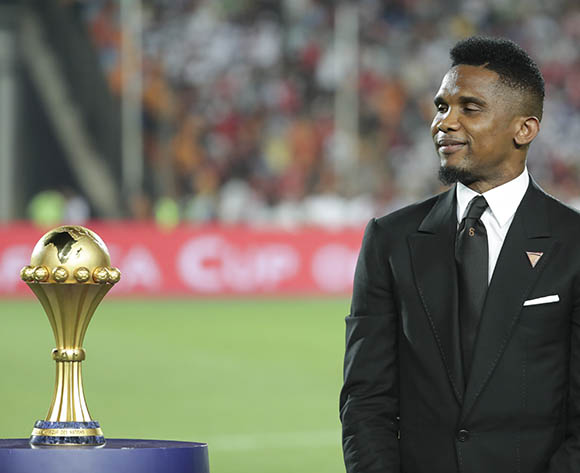 Ahead of Samuel Eto'o's African Legends Cup of Nations semi-final against Didier Drogba, Goal remembers some of the matches that underpin the Cameroon icon's legacy.

He is remembered as a big game player due to his impact in several high-profile games, but which were the fixtures, the moments, and the goals that have truly helped the Central African striker establish himself as one of the continent's all-time greats.

Here are five outings that were influenced, or even shaped, by Eto'o's contribution. Will these performances be enough to take him past Drogba and into the Alcon final?

It’s serious quality, but it was still Eto’o who stole the show, equalising in the 76th minute following Sol Campbell’s opener for Arsenal after being played in by substitute Henrik Larsson.

The Swede would set up Juliano Belletti for the winner four minutes later as Eto’o, who was named Man of the Match in the final, became only the second Cameroonian winner of European football’s grandest prize.

Laurent Pokou had been the Africa Cup of Nations top scorer of all time for 38 years before Eto’o took to the field at the 2008 tournament.

The Cote d’Ivoire legend scored 14 goals across the 1968 and 1970 editions of the tournament, but against Zambia, the Cameroon great struck a penalty to equal Pokou’s haul.

In the next match, the Indomitable Lions’ final group game against Sudan, Eto’o would strike another penalty to take the record outright, before adding his 16th in the competition history in the 90th minute.

He won the tournament’s Golden Boot with five goals and would end his career with 18 goals.

Of all active players, the closest to Eto’o is Andre Ayew, on nine goals, and it’s hard to see the forward’s record being broken any time soon.

Three years after their triumph over Arsenal, Barcelona were again up against English opposition in the final as they took on Manchester United.

This UCL success rounded off a European treble for Barca, with the Messi-Eto’o-Henry triumvirate scoring 100 goals between them.

Eto’o’s goal against United meant that he became only the second player in history to score in two UCL finals.

In 2010, after moving to Internazionale, Eto’o would complete another domestic treble—becoming the first player to achieve the feat—including another Champions League triumph.

It’s an achievement that would place him alongside Gerard Pique, Marcel Desailly, and Paulo Sousa as players to have won the title with two separate teams.

Diego Milito netted twice in the final for Jose Mourinho’s Inter, with Eto’o, who had been used in a wide role by the Portuguese coach, contributing the assist for the opener.

While Inter would ultimately fall short in the 2010-11 Champions League, where they were eliminated in the quarter-finals, Eto’o would deliver one of his greatest-ever performances in the Round of 16 showdown with Bayern—a rematch of the previous final.

Inter lost the first leg 1-0 at home, but turned things around in the second leg, with Eto’o levelling affairs after four minutes.

Bayern led 3-1 on aggregate by half time after goals from Mario Gomez and Thomas Muller, but Eto’o would step up in the second half to prove his quality, providing assists for Wesley Sniejder and Goran Pandev to send the visitors true.

It was a performance to silence all those who claim that the attacker is a mere one-dimensional goalscorer.

Inter would fall to Schalke in the quarters.