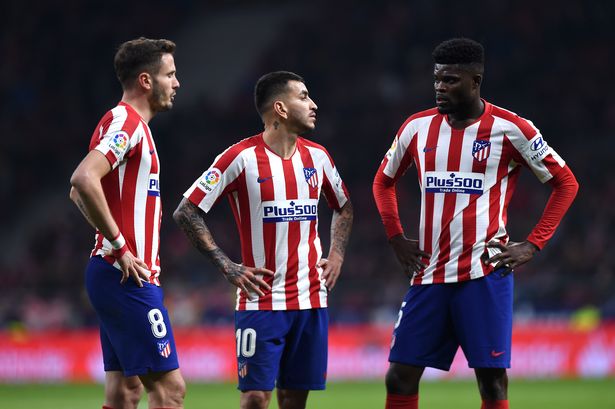 With the world grinding to a halt due to the Coronavirus, the imminent future of football remains unknown.

That hasn't stopped the transfer rumours coming thick and fast as Manchester United have been linked with everything that moves. News coming from Old Trafford is that the recruitment team are still hard at work and working on new signings around the clock.

The Jadon Sancho rumours have been surfacing over and over again but most of the sources are either tier three or four journalists.

Either way, we will be signing a proper right-winger this summer and that's incredible news.

With that spot potentially getting fixed, the next area we need to focus on is central midfield. We are one injury away from giving Jesse Lingard and Andreas Pereira game time.

Fred, Bruno Fernandes, Paul Pogba, Nemanja Matic and Scott McTominay will be a really good midfield but it lacks that killer instinct that most title contenders have.

With plenty of names getting thrown around, one that has been mentioned a lot is Saul Niguez. While a lot of fans are keen on Thomas Partey, it ultimately comes down to the style of play that Solskjaer would like to implement next season.

If he goes for an attacking 4-3-3 for most of the matches, a player like Saul would be excellent in that position. He's 25 and hence just entering the prime of his career until which he played for a well-drilled Simeone's Atletico Madrid side that played regular Champions League football. Simeone players have a winning mentality that would be more than welcome at United.

Plus, Saul's amazing performance against Liverpool in the Champions League has won his appreciation with the Old Trafford faithful. Fortunately or unfortunately, so has Partey.

Thomas Partey is a true midfield powerhouse who'd slot in perfectly in a double-pivot with Fred or McTominay. Partey can also play in central midfield and occasionally force himself forward. He's only one year older than Saul so either way we'll be signing a ready-made player instead of someone who needs time to develop or someone who's looking for a final paycheck.

Saul on the other hand, has a whopping 6 years left which will make him very expensive with claims saying he may cost about £135m with United not willing to pay more than £70m for the midfielder.

£135m is a lot of money for a position that we're loading up on as we can use that money to buy a left-back or another striker. Because as important it is to sign a midfielder, a striker and left-back are also necessary to be a title-contending side.

In a way it's great that these rumours are coming about because these deals need to be done quickly so we have a full, ready squad for the pre-season, that is of course if the Coronavirus allows it!