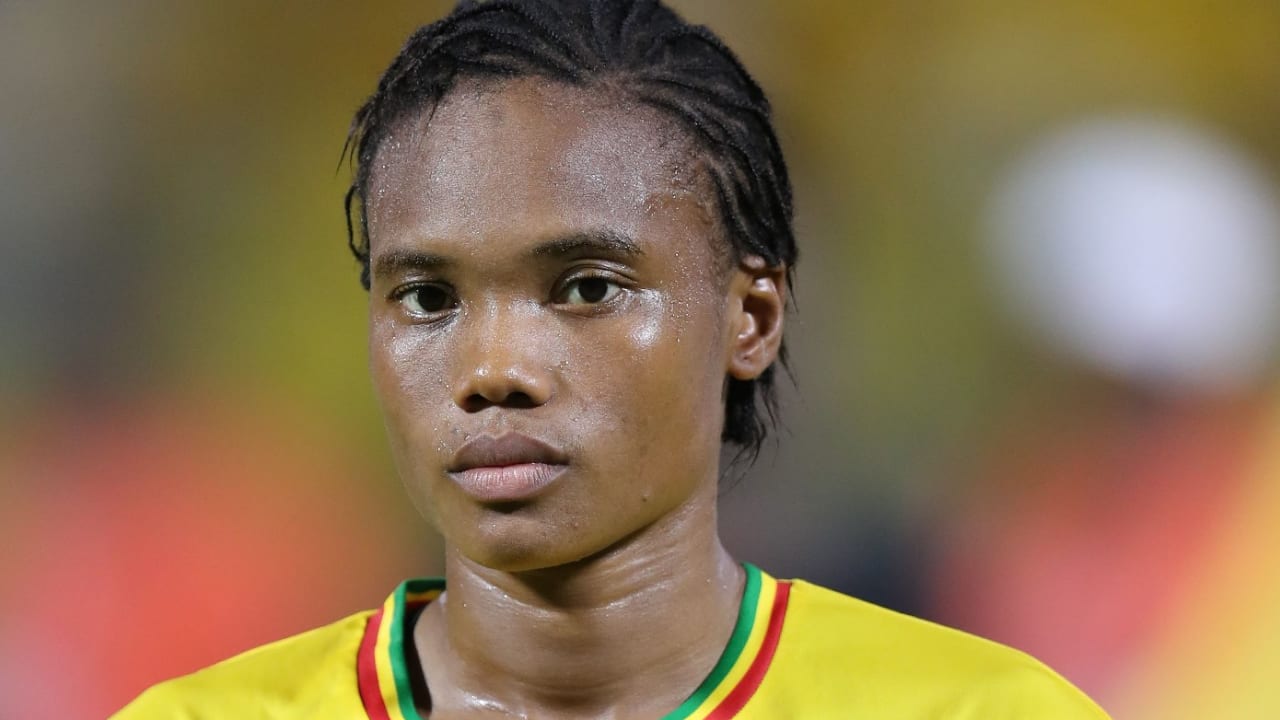 Couloumba Sogore has made history by becoming the first player from AS Real, a club in the Malian First Division to play in France.

After almost a whole year of trials with the Burgundy-based AJ Auxerre, the month of July in 2020 marked a decisive turning point for the career of the versatile defender as she signed her first professional contract, a two-year deal.

The 23-year old was an integral figure for Les Aiglonnes during the last Total Women's Africa Cup of Nations (AWCON) in 2018 and she took full advantage of the stage to place herself on top of the game and eventually earn a deal abroad.

“I am very happy to sign this first professional contract, especially with AJ Auxerre, where I joined a year and a half ago. This contract is a massive challenge for me and I will have to double my efforts every day to be up to the task,” Sogore told CAFOnline.com from her France base.

Sogore speaks fondly about her humble beginnings from the Malian capital of Bamako. But, it is in Kangaba, in the heart of Mande, a city located 50-km from the Guinean border that everything began for the Malian international.

“I started playing when I was very young, barefoot with my brothers. I had a lot of difficulty playing football because my parents were against it, arguing that it was not an activity for women. Despite their refusal, I hid to go and play, and eventually, I had the chance to train at the famous AS Réal club in Bamako,” she explains.

Having done well to develop back at home in Mali, Sogore landed on the opportunity to move to France.

“With a bit of experience under my belt, I was motivated to try another challenge. I was motivated to leave my country, my roots and my family to come and seek a development that would allow me to become better,” says the defender.

She adds: “Football is my whole life and I will do everything in my power to get better.”

Her national team career began way back in 2013 and has been progressing day by day, highlighted by her performance at the AWCON in Ghana two years ago.

Sogore proved herself with her club AS Real, finishing second twice in the Malian League and twice being a finalist of the National Cup. Her national team doors opened up in 2016 when she was called up to the AWCON squad for the final tournament in Cameroon and she maintained her status in 2018 when she played all five matches in Ghana.

She has also gone on to participate in WAFU tournaments as well as Olympic qualifiers. She has found her place in the national team and for her, she is just getting started and does not intend to stop there.

With her French club, Sogore hopes to play a vital role to aid them progress one step closer to their ambition of playing in the top flight.

Despite the COVID-19 pandemic having reshaped how they prepare for the new season, the Malian's eyes remain fixed on her targets and ambitions, saying she is now stronger than ever to perform well.

“The lockdown was very tough for me especially at the start when I could not train regularly. However, I was able to keep fit thanks to the exercises that our physical trainer gave us.”

“The preparation for the new season is going very well and we are working very hard to have a good season and get promoted at the end of the season.”

The Malian says she is enjoying her French adventure and feels her career is on the right path.

“This is a great opportunity at this point of my career. The lifestyle here is incredible and the football is amazing. The fans always turn up to support the team and I feel at ease here,” she states.

She believes that performing well with her French club will in turn help her improve at national team level as well where she hopes she can help the team do well at the next Women's Africa Cup of Nations having finished fourth at the last edition in Ghana.

“This is a new and higher step for me, but the hard work begins now. It is up to me to give my all and with determination and ambition, I know I will do well,” she concluded.