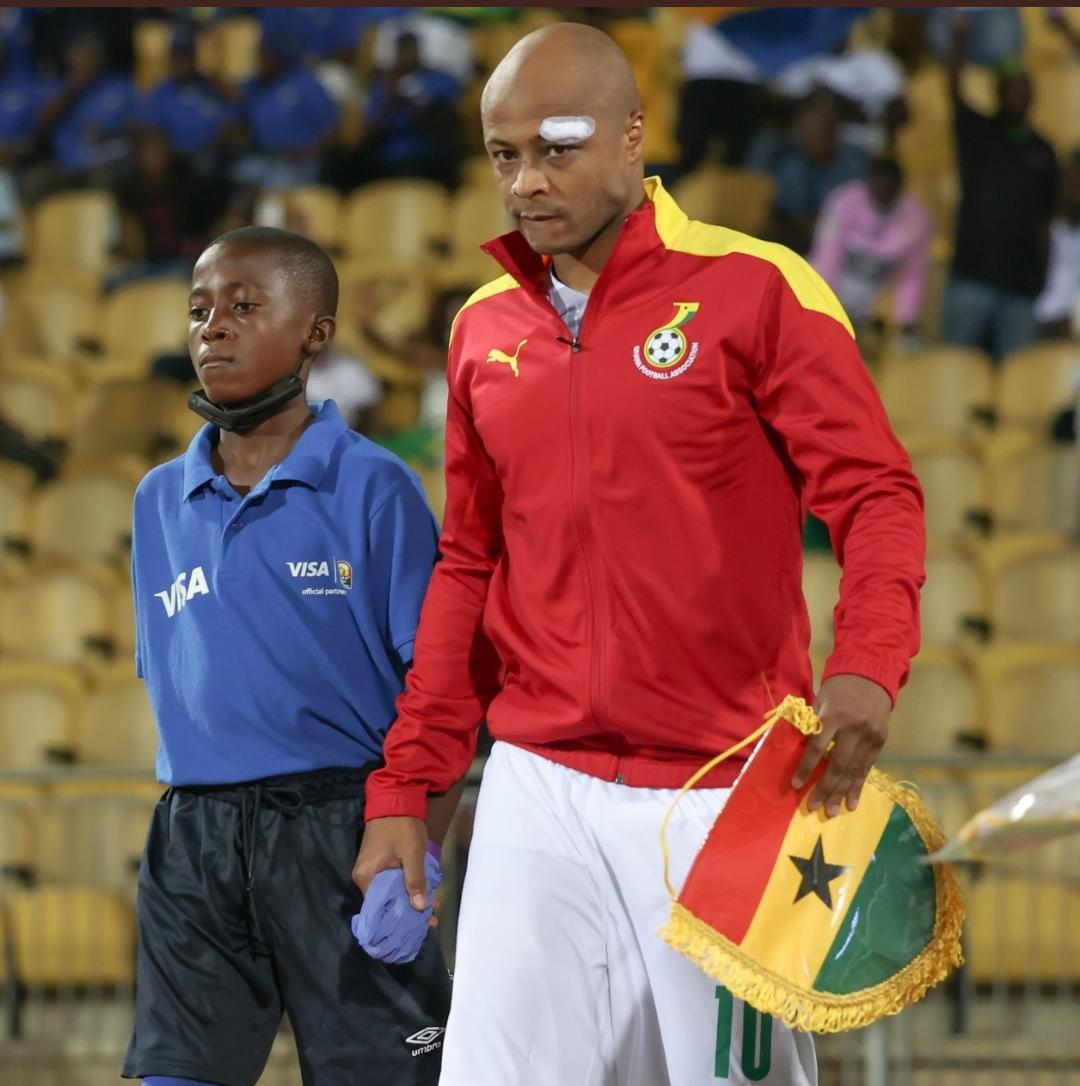 Andre Ayew’s comments in the immediate aftermath of Gabon’s last-gasp draw with Ghana in the Africa Cup of Nations on Friday left a sour taste, and while the 32-year-old can be forgiven for the emotion of the occasion, he should have known better than to react in such a way.

Dede, fuming after Gabon had played on—despite Ghana having a player allegedly injured on the turf and putting the ball out for him to receive treatment—let the occasion get the better of him as he labelled the Panthers a ‘small team’ after the match.

“It’s small on their part, it show they’re a small team,” he began. “It’s small of them and I’m disappointed in them.”

Ayew knows what’s he’s doing, he knows these headlines will do the rounds on Saturday, in the Ghanaian media and abroad, he knows that Gabon’s players will read them, that his own teammates will hear them, and that Black Stars supporters—some at least—will believe them.

But whatever Gabon may or may not be guilty of, nothing is as ‘small time’ as Ayew…and his Black Stars…right now.

Would a true captain react as poorly as he did at the final whistle, when Gabon rightly celebrated a point fairly won, by approaching their head coach—Patrice Neveu—aggressively, prompting a brawl between the two sides?

Ghana were the hardest hit—not literally—as a red card for Benjamin Tetteh, for aiming a punch at Aaron Boupendza, rules him out—at least—of the next game.

Would Tetteh have been as riled up and reacted that way had Ayew, the captain, not raised the temperature to that level in the first place?

Dede’s actions had a direct impact on the punch-up to follow, and the consequence of how that weakens Ghana moving forward.

He must take responsibility for this.

A true captain, surely, would have acknowledged that Ghana, accused of time wasting and simulation themselves during the latter stages of the match as they sought to wind down the clock and get over the line, had been naive, and had been out-thought and out-fought by a team who remained hungry and alert until the final whistle.

“We are Ghana, we’re going to win the last game and go through,” Ayew also added. Confidence, or a sense of entitlement yet again?

Before the match, as after the match, Dede has no doubt in his mind that Ghana are superior to Gabon. Yet why didn’t the Black Stars prove it?

Were they as strong as Ayew seems to think they are—after all, he gave Ghana a 100-percent chance of progressing despite their opening defeat by Morocco—then they would have been 2-0 or 3-0 up heading into the latter stages of the contest, and not playing small-time tricks of time wasting and simulation in order to see of Gabon, a team with no Afcon titles.

One of these teams has had immense hardship and have dealt with it and taken four points.

The others have made excuses and pointed the finger at every turn.

And just look at the Group C table after two matches.

One of the sides have amassed four points, and are virtually guaranteed a place in the knockout rounds—despite their absentees—while the others are heading into their final game against the Comoros needing a win just to be in the race to be one of the best three runners-up.

This is Ghana we’re talking about here.

They’re four-time Nations Cup champions, talk endlessly about ending the 40-year wait for the gold, and consider themselves one of the big boys.

But there had ‘small time’ written all over them in Friday’s performance, the reaction of Ayew, of Tetteh, the accusations levelled at them, and the fact they’re holding onto a meeting with the Comoros as some kind of salvation.

There’s talent in this Ghana team, plenty of it, but respect must be earned…just like Gabon have earned it.