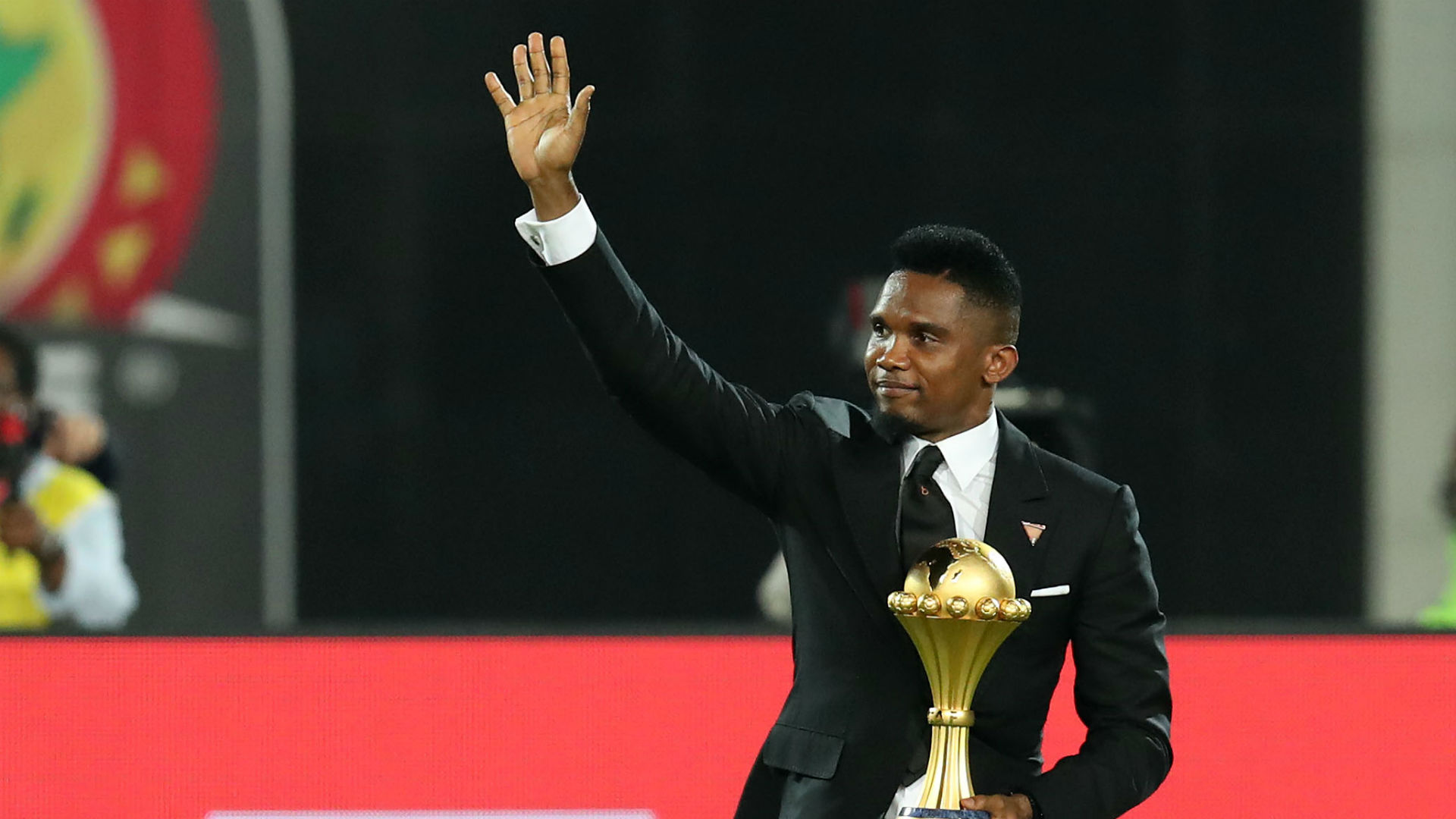 The LaLiga 2019/2020 season is currently suspended and football fans can’t help but miss seeing their favourite African footballers doing what they do best – dominating the field with masterful footwork, sleek passes and majestic goals.

Since the league’s inception in 1929, talented exports from our richly diverse continent have left their unique mark on Spanish football. From the original ‘Black Pearl’ Larbi Ben Barek to modern-day record-breakers, today we celebrate three African stars that have fought for their rightful place in football history and the hearts of LaLiga fans across the globe.

With the current log standings positioned the way they are – Sevilla FC at the third spot, Real Madrid positioned in second place and FC Barcelona hogging the pinnacle – we thought we’d look at these three African legends in relation to their former club’s current LaLiga league standings.

The retired striker may have been born in Sainte-Foy-lès-Lyon in eastern France, but his Malian roots earned Kanouté the title of African Footballer of the Year in 2007, making him the first non-African-born player to scoop the coveted award.

A fierce goal-scorer if ever there was one, Kanouté reliably hit the net 89 times in his 209 appearances for one of Spain's oldest and most traditional clubs, Sevilla. With numerous trophies under his belt, including two Uefa Cups, two Copa del Reys, one Uefa Super Cup and one Spanish Super Cup, Kanouté had a great run in Europe and also made Africa proud when he represented his father’s country, Mali, in three Africa Cup of Nation tournaments. He was instrumental in getting the national team to the semifinals in 2004 and finally retired from international football in 2010 with a total of 39 caps and 23 goals.

He now continues his legacy as an official LaLiga ambassador and uses his Kanouté Foundation to do good work for a variety of humanitarian causes.

Geremi Sorele Njitap Fotso, known simply as Geremi, is another former footballer with a reputation that precedes him. Born in Cameroon and raised playing the sport by Samuel, his retired-footballer father, Geremi was well-loved for his versatility on the field and powerful style of play.

With his jack-of-all-trades ability to effortlessly translate from a right back to a defensive midfielder, Geremi was praised by former Real Madrid coach, Vicente del Bosque, for keeping the squad together. While the Cameroonian may not have been the shining star of the Spanish giants during his four-year run for them, he provided much-needed stability for his teammates and still managed to get nominated for the prestigious Ballon d'Or award in 2000.

Highly regarded as one of the greatest African players of all time and one of the top strikers in the world, it’s hard to compete with this Cameroonian powerhouse when it comes to the impact he had on football, especially in LaLiga.

Moving to Spain as a precocious 16-year-old, no one could have anticipated the waves Eto'o would cause at Mallorca and Barcelona. In his five seasons for Barça, he scored 130 goals, securing the Pichichi Trophy for being the league’s top scorer in the 2005-2006 season and breaking the record for the most appearances made by an African player in LaLiga history. Not to mention, the exceptional striker’s goals-to-games ratio has him ranked in the top 15 scorers in LaLiga’s history, accompanied by the likes of Lionel Messi, Cristiano Ronaldo and Telmo Zarra.

Beyond his priceless contribution to Barça’s three LaLiga titles and two Champions League victories during 2004 and 2009, Eto'o has also won two Copa del Reys and two Spanish Supercopas. For his nation, he led Cameroon to victory in 2000 and 2002 in the Africa Cup of Nations, and like Geremi, was honoured with an Olympic gold medal in 2000. A proud countryman at heart, Eto’o dedicated his third consecutive African Player of the Year award to all the children of Africa.

Eto’o remains the all-time leading scorer in the history of the Africa Cup of Nations and has no doubt inspired many fellow African footballers in LaLiga, including Samuel Chukwueze, Allan-Roméo Nyom and André-Frank Zambo Anguissa, to continue shining on Spanish soil. Another ambassador of the league, the successful striker represents everything LaLiga stands for: professionalism, passion and perseverance.