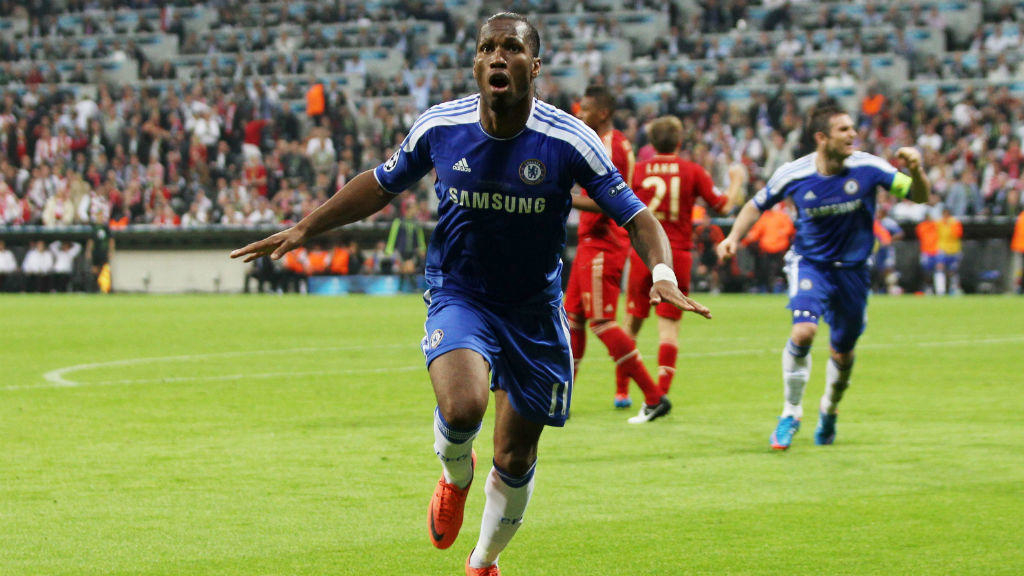 The weight of expectation that usually accompanies a national team’s Golden Generation is enormous, to say the least, and while some thrive under the pressure, others often buckle under the strain of anticipation.

Led by Zinedine Zidane, France’s 1998 World Cup-winning team also secured the 2000 European Championship in their era of dominance, while Brazil’s 2002 side that ruled the world comprised Ronaldo, Ronaldinho, and Rivaldo, to name a few.

Spain’s talented collection dominated between 2008 and 2012, while Germany’s peaked with their World Cup win in 2014.

Others, though, haven’t been as lucky. England’s group of exceptional players in the 2000s failed to make their mark on the international scene despite the presence of stars like Steven Gerrard, Frank Lampard, Paul Scholes, Rio Ferdinand, John Terry, and later Wayne Rooney.

Lionel Messi has failed to lead Argentina to any sort of international success, despite arguably being the greatest to ever play the sport, and having some top attacking talent alongside at the Albiceleste.

In Africa, especially in the last three decades, several teams containing players of exemplary talent have burst onto the scene at different times.

Cameroon won twice as many Afcon titles as their African rivals in 2000 and 2002, with those twin successes coming either side victory at the 2000 Games in Sydney.

Senegal picked up the mantle after the Indomitable Lions, and while they didn’t win the continent’s most prestigious title, the Teranga Lions matched Cameroon’s class of 1990 as the continent’s best performing side at the World Cup.

The West Africans bounced back from their defeat by Cameroon in the decider at Afcon 2002 to reach the quarter-final at the global showpiece, only to bow out against Turkey.

This feat was repeated by Ghana’s bright batch who, like Senegal, failed to win on the continent but made their mark with the world watching

Of the aforementioned teams, the Black Stars went closest to making the final four in 2010 but Asamoah Gyan’s penalty miss against Uruguay, with the last kick of extra time, denied Africa her first semi-finalists.

It’s also impossible to forget Egypt’s amazing group who won an unprecedented three Afcon titles on the spin between 2006 and 2010, defeating Didier Drogba’s Ivory Coast on home soil in the first.

Which brings us to the Ivorian side that emerged in the mid-2000s.

Led by Drogba, who went on to become and still is the country’s top scorer, the Elephants missed the chance of becoming Africa’s leading side by defeating the Pharaohs on home soil.

Foretelling the future is unimaginable, but it’s hard not to ponder what that side could’ve achieved had they claimed the nation’s first title since 1992.

Henri Michel’s side had already beaten two heavyweights in Cameroon and Nigeria en route to the final too, so they probably imagined fate was on their side in 2006. However, they fell to the North Africans who’d been going through a lean spell on the continent since their ’98 triumph and, in fact, exited the finals at the Group Stage two years earlier.

The core of that Ivory Coast team weren’t to come close again for another six years, where they met Zambia at the final hurdle. Yet again, they fell on penalties, but this was different in that they failed to claim the title as resounding favourites.

Drogba and co. scored the most goals (nine) and conceded none, but the Chipolopolo seemed to draw inspiration from the talented side that perished in 1993 in Libreville to win their first Afcon title in the same country of Zambia’s biggest sporting tragedy.

Interestingly, having missed in the shoot-out defeat by Egypt six years before, the Elephants’ top marksman blazed a second-half penalty wide of the sticks, whereas scoring could’ve settled the match.

Ironically, it was the striker who kept his composure to win Chelsea the 2012 Champions League final a few months later.

Drogba bowed out of the international scene the next year, after another disappointing continental showing as favourites saw the Elephants exit at the quarter-final to eventual winners Nigeria.

Although the Elephants did end their drought three years later, freakishly on penalties against Ghana, the same team they beat in 1992, it came without their all-time top scorer who was at the forefront of their emergence in 2006.

It was the Chelsea icon who inspired the civil war ceasefire in the 2000s, moments after leading the nation to their first World Cup, and it was a shame he didn’t get his crowing glory on the continent.

Disappointingly for Ivory Coast, whose defence boasted Arsenal pair Kolo Toure and Emmanuel Eboue, midfield stars like Yaya Toure and Didier Zokora and a fearsome attack led by Drogba, they didn’t make their mark on the world stage like Ghana, exiting at the Group Stage in 2006, 2010 and 2014.

This, coupled with their lack of success on the continent despite the abundance of talent, was underwhelming and certainly counts against them in any ranking of the top sides to walk the continent in the last 30 years.

Nevertheless, it’d be harsh to call them outright failures in spite of their dearth of success which, as disappointing as it was, wasn’t for the want of trying.