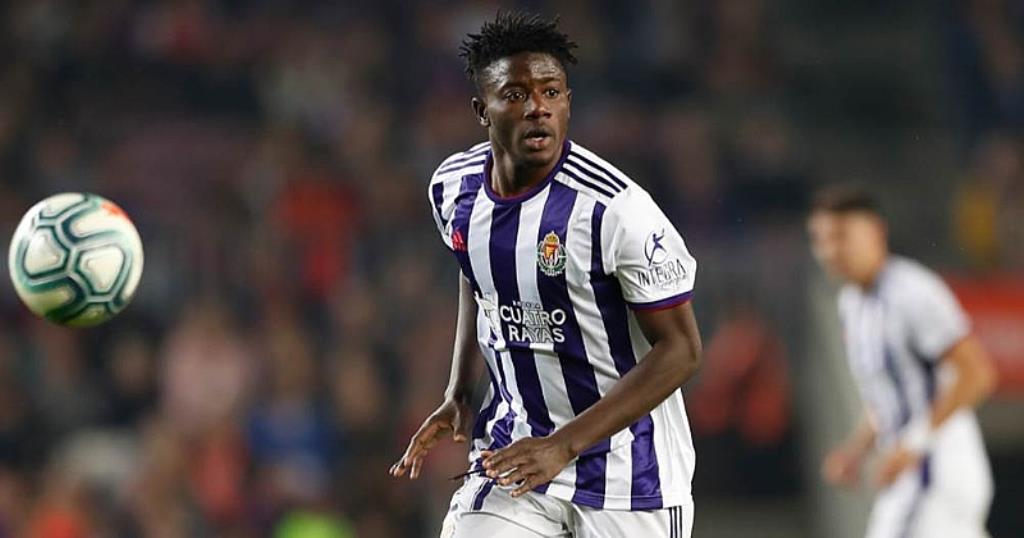 Southampton are set to sign Mohammed Salisu for £10.9 million from La Liga outfit Real Valladolid after agreeing terms with the defender and breaking his buyout clause.

The Ghanaian is set to join the club off the back of a stellar campaign in Spain’s top-flight - his first full season at that level.

Stylistically, the 21-year-old is more of an archetypal, old-school central defender than the modern-day, progressive passing brand of centre-back. So it raises the question of how Ralph Hasenhuttl sees his defence shaping up next season.

At present, Southampton have Salisu, Jan Bednarek, Jack Stephens, Jannik Vestergaard, and Wesley Hoedt as first-team centre-backs. The latter two are unlikely to play a major role going forward with Hasenhuttl’s expected to place firmly in his new signing, Stephens, and Bednarek.

Hoedt looks likely to leave on a permanent deal this summer, while there are question marks over Vestergaard's future following links away in the January transfer window.

Hasenhuttl has dabbled with a back three at times during his tenure as Saints boss but settled on a four-man defence which was very successful throughout the second half of the 2019/20 Premier League campaign.

The likelihood is that two of Salisu, Bednarek and Stephens will line up together on the first day of the 2020/21 season, but which two are best suited?

In all probability, Hasenhuttl is unlikely to have spent a sizeable figure in a post-COVID marketplace on a defender he does not intend to use. Consequently, Salisu is likely to be in among the Southampton defence on a regular basis next season.

Next him is probably going to be Jack Stephens; older by two years and more experienced than Jan Bednarek. However, that is not to say Bednarek has fallen below Hasenhuttl’s performance standards.

The Pole is a similar defensive presence to Salisu than he is to Stephens. He ranks highly in the same metrics and offers less ball progression and fewer passes into the final third than Stephens.

Hasenhuttl’s style is predicated on defending from the front; he is a proponent of high-pressing, high-octane action across the field.

That means he could afford to field two players of similar styles in both centre-back positions but in the interest of balance, it is likely to be a Stephens-Salisu duo.

One of the main reasons Salisu has been signed is because he is primarily left-footed. Both Stephens and Bednarek prefer their right, it further strengthens Salisu’s case to be a starting centre-back.

Salisu can pick up the defensive output lost through not starting Bednarek, he will make plenty of clearances, get his huge body in between opponents and the ball and dominate aerially, all while not being too overzealous in the tackle.

For roughly £11 million, it could prove to be another shrewd buy. Southampton certainly have precedent in that area.

Bednarek will feel hard done by to be out of the team, if that ends up being the case. But with Salisu alongside, Stephens can continue in almost the same role he has carried out for the past two seasons.

And it is thought Hasenhuttl rates highly the Englishman’s ability to play out from the back.

As with any defensive partnership, there may be teething problems at first, but there will be no language barrier and should Stephens and Salisu develop a strong bond, the pair could prove to be Southampton’s chalk and cheese at the back.