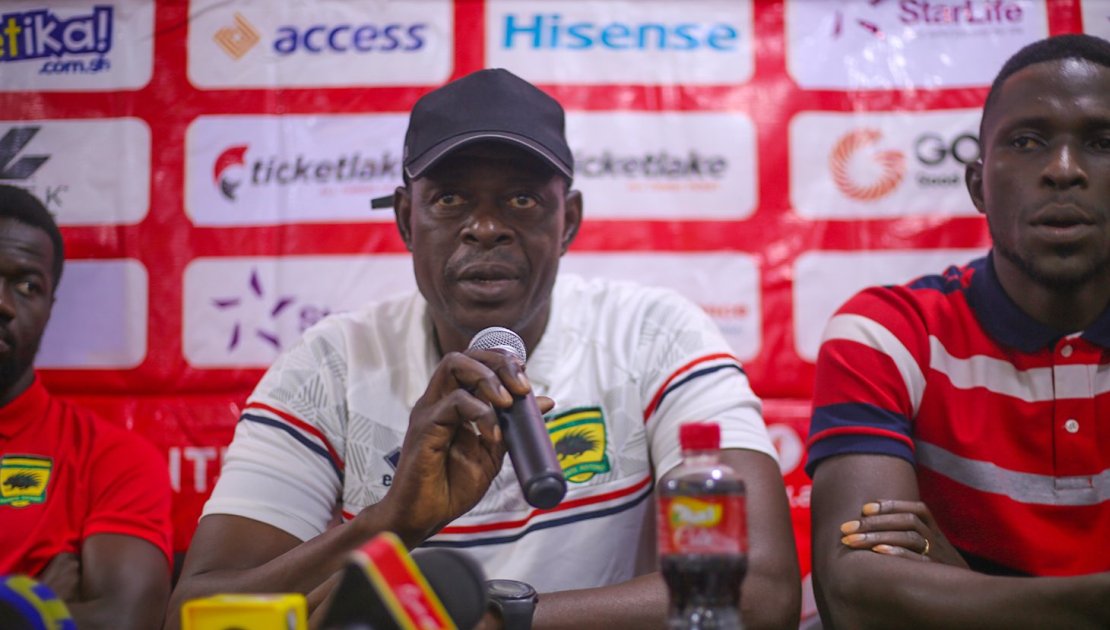 It must’ve been a captivating moment for journalists who attended Friday morning’s press interview organised by Asante Kotoko in Kumasi as a build-up to Sunday’s CAF Champions League qualifier against RC Kadiogo at the Baba Yara Stadium.

As distant as I was from the event, I was enthralled by the thoughts of new coach, Seydou Zerbo. I can therefore imagine how the experience was for journalists who were present. For a foreign coach who’s relatively new to the club and Ghana football, for that matter, his first significant media interaction would give pointers to his capabilities.

By that, we can assess how he would fare, all things being equal. I’ve read quotes attributed to him on the club’s Twitter handle, and without question, even putting my Kotoko affinity aside, Zerbo oozes good confidence. That he’s a disciplinarian excites me. Zerbo comes across as assertive. A Kotoko coach must possess such a trait.

“There’s something in a name”, they say. And I tell you, Kotoko’s past Africa exploits and abiding stature in Ghana football gave the club a name that’s known worldwide. Zerbo alluded to that. "It's a pleasure for me to be here. Since I was young, I heard the name of Kotoko, and I must say I am very proud to be here,” the Burkinabe trainer said, expressing his gratitude to the Management and fans of the club.

It’s unrealistic, even irrational, to expect the Porcupines to win any CAF inter-club competition in the next couple of years. Having such an expectation is equivalent to exerting undue pressure on yourself. Zerbo, in that regard, made no promises. "I can't promise to win the Champions League within one year, but what I can assure every [fan] is that I will make good use of the materials available." That’s a positive mindset.

It’s an interesting coincidence that just when we signed the Burkinabe coach, we were pitched against Burkinabe club, RC Kadiogo, who we beat 1-0 in Benin in the first leg of the Champions League qualifier. We must beat them again in Kumasi. Coach Zerbo’s knowledge of his compatriots would count yet again.

"I know Kadiogo very well; their system of play is always to attack; however, we need to be focused throughout the ninety minutes," he said as he called for support. "It's a big game, and the difference will be the supporters. So, if they’ve the team at heart; then they should [come] on Sunday" — that’s Coach Zerbo’s clarion call.

It’s been 16 years since Kotoko played in the league stage of the CAF Champions League. It’s not too much to ask this team to return to where the big boys of Africa club football entertain their fans across the continent and beyond. Listening to Coach Zerbo and analysing his team, it shouldn’t be too hard for them to make that grade.