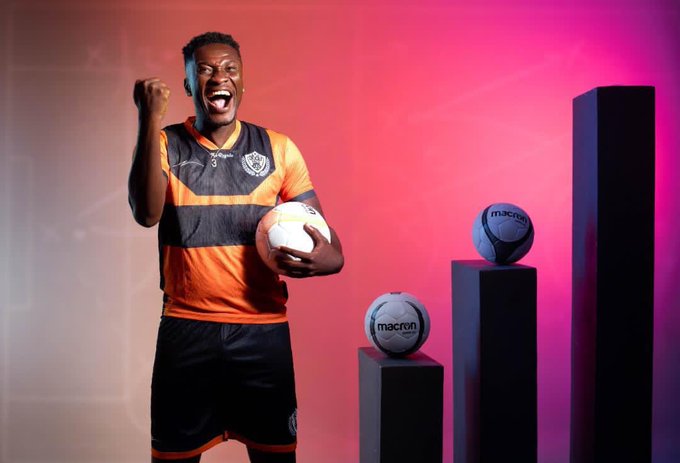 As Asamoah Gyan signs for Ghana’s Legon Cities, Goal remembers the other African stars who returned to their homelands

The Black Stars legend completed a shock move to newly branded Legon Cities at the weekend, returning to the Ghana Premier League for the first time in 17 years.

It was back in 2003, at the beginning of his storied career, when Gyan last played in the domestic top flight, as he made his name with Liberty Professionals.

Since moving on to Udinese, he’s subsequently featured for the likes of Stade Rennais and Sunderland, was influential as Ghana reached the quarter-finals of the World Cup, and achieved great success in Asian football.

The hitman is one of the biggest African stars to return to the continent, he’s the continent’s all-time top scorer in the World Cup, for example, but he’s following in the footsteps of some giants.

One of Africa’s greatest strikers—and Nigeria’s top scorer—Yekini enjoyed a superb goalscoring record in Portuguese football with Vitoria Setubal during the first half of the 1990s.

He was a member of the Super Eagles’ Golden Generation, winning the Africa Cup of Nations in 1994 before scoring the West Africans’ first ever World Cup goal later that year.

After beginning his career in his homeland with the likes of Shooting Stars and Abiola Babes, he later returned to Nigeria with Julius Berger and Gateway to round off his club career.

A contemporary of Yekini, Amokachi was also an Afcon winner in ’94, represented the Eagles at the World Cup, and also went on to win Olympic gold in 1996.

During his stint in European football—after leaving Ranchers Bees—he notably scored twice in Everton’s FA Cup semi-final victory over Tottenham Hotspur in 1995, before going on to defeat Manchester United in the final.

He ended his career back in Nigeria with Nasarawa United.

He’s a legend in South African, having etched an unforgettable memory—back at the 2010 World Cup—in the hearts of all Bafana Bafana fans when he netted the opening goal of the tournament on homesoil.

In the Premier Soccer League, he’s widely decorated, and marked his 200+ league appearances for Kaizer Chiefs by twice winning the South African title.

There are some doubts, however, about whether Shabba—now 36—still has what it takes to be a game changer in the PSL.

Tshabalala is following in the footsteps of his compatriot Pienaar, who returned to the PSL at the latter stage of his career—signing for Bidvest Wits—having started off with Ajax Cape Town.

Unlike Shabba, Pienaar enjoyed immense success in Europe, winning two Dutch titles with Ajax, representing two of Europe’s biggest sides in Borussia Dortmund and Tottenham Hotspur, and also enjoying a decade-long stint at Everton as they rode high in the Premier League under David Moyes.

Unfortunately, his swansong at Wits was brief and underwhelming, with Pienaar released six months after his arrival.

One of Kenya’s all-time great players, Oliech is the Harambee Stars’ all-time top scorer, and some may argue the nation has never produced a better striker.

He didn’t quite reach the heights of Victor Wanyama in European competition, but Oliech was considered by Olympique de Marseille, and went on to spend a decade in French football with Nantes, Auxerre and Ajaccio.

Having begun his career with local side Mathare United, he came a full circle last year when, after a period of absence, he returned to action with Gor Mahia.

Then 33, Oliech arrived for an eye-watering fee, and while the goals flowed, his time with K’Ogalo didn’t last long.

One of South Africa’s all-time greats, McCarthy reached the pinnacle of the European game with FC Porto, where he was a European champion in 2004.

He also won silverware in the Netherlands and Spain, and returned to the PSL to clinch silverware again between 2011 and 2013.

Having begun his career with Cape Town-based Seven Stars, McCarthy was recently back in the Mother City, where he held the reins at Cape Town City FC until last year.