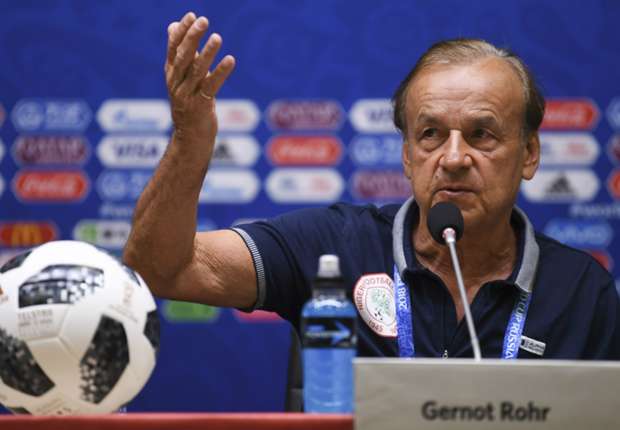 Rumours were rife after the Super Eagles secured passage to the playoff round in World Cup qualifying, with several local outlets reporting the 68-year-old’s contract was terminated early. On the other hand, a section of media outlets claimed the former was false and Rohr would remain in situ heading into next year’s Africa Cup of Nations.

It became increasingly hard to believe what was true, but all that speculation can stop now, with the Nigeria Football Federation officially announcing the departure of the former defender whose contract was due to run out after next year’s World Cup in Qatar.

In fairness, you probably would not find anyone shedding a tear. While some will question the bluntness of this assertion, supporters had grown frustrated with the side’s humdrum showings for a while.

It raises the age-old question of performances and results, with fans steadily disagreeing over which one takes precedence.

Under Rohr, results were not hard to come by in the main. The Super Eagles surprisingly qualified easily for the 2018 World Cup from what was tipped to be a tough draw containing Cameroon, Algeria and Zambia.

It represented a sea change for a citizenry used to nail-biting conclusions on the path to qualify for major tournaments and they repeated this by securing smooth progress to Afcons 2019 and 2021.

Having failed to participate in successive editions in 2015 and 2017, Rohr’s Nigeria iteration was a breath of fresh air.

The Super Eagles never got a chance to defend the title they won in 2013 under the late Stephen Keshi, failing to end in the top two spots in their section for the following tournament while Chad’s withdrawal in the subsequent qualifying series put paid to any chance of making it to Gabon 2017.

In that sense, there was progress. Recent attempts to water down the German’s results in the first three years of his spell are rather dishonest and criticising him for not winning Afcon 2019 feels odd.

The Super Eagles seldom claim Afcon and had not played in successive tournaments before Rohr’s appointment either, so that particular line of reasoning appears insincere.

Be that as it may, the lack of evolution in the last two years has been utterly exasperating. Indeed, that has cost the 68-year-old boss his job with the West African giants.

There was undoubted progress when the Super Eagles’ stock had fallen before he arrived in 2016 when they arguably became underdogs in the eyes of some, so any positive result was going to be praised. Beggars cannot be choosers, after all.

What transpired in the final 12 to 18 months of the Franco-German’s employment was an absence of any coherent style, the utilisation of players in strange positions, and a mishmash of tactics that confused supporters.

The football became hard to watch and fans got apathetic. Many lost the joy they had watching the Super Eagles and there was a palpable annoyance at the now-departed trainer’s modus operandi.

Nigeria struggled to dominate opponents and found it challenging to play within a unified structure in and out of possession. The reliance on the individuals to deliver strong performances was oh-so evident and the on-field approach appeared basic.

Long balls were lumped to forwards who made the most of the situation as best they could.

Victor Osimhen seemed to make things happen on his own by leading an attack that often created little. The fact the Napoli marksman’s goals have not dried up is a demonstration of his quality as opposed to being a beneficiary of Rohr’s jumbled approach.

The talent in the current Super Eagles squad ought to make them strong Afcon contenders, but the absence of any understandable patterns of play meant Nigerians lacked any belief in the German tactician heading into next year’s showpiece in Cameroon.

It appears the inability to evolve, the absence of any coherent strategy, and the Franco-German’s head-scratching in-game management have contributed to his dismissal.

If results alone were considered, Rohr may still be in a job. There will be sympathy for someone who has navigated the qualifying process for Afcon on two occasions and was two games away from taking the side to two World Cup finals and a fourth for the nation on the trot, an unprecedented feat for the West African nation.

However, performances have been an eyesore for a while now with Nigerians weary of watching the same things time and again.

If anything, the general feeling is this decision has come a year or two late, even though questions remain over the timing with Afcon around the corner. Better late than never, perhaps.