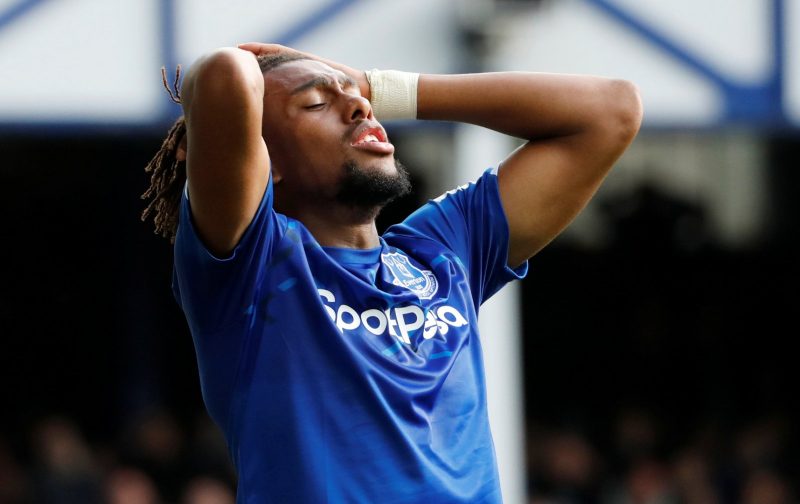 Since Carlo Ancellotti’s arrival to Goodison Park in the middle of last season, the Italian steered the Merseyside outfit to 11th at the end of an underwhelming season.

But during pre-season, the former AC Milan boss stamped his authority at the Toffees in the transfer market.

With the marquee signings of James Rodriguez, Allan, and Abdoulaye Doucouré, Nigerian international Alex Iwobi and DRC international Yannick Bolasie seem to have been phased out of the Italian’s plans.

However, can you blame him for choosing Rodriguez over the two wingers, particularly when we analyse their numbers?

Since Iwobi’s surprisingly large move from the Emirates for £40million last season, things just haven’t gone according to plan for the Gunners academy product.

In 29 appearances, Iwobi scored just two goals and registered one assist. The Colombian international scored his first goal for the club and bagged his first assist against West Bromwich Albion over the weekend and needs to score one more goal to equal his teammate’s tally.

With regards to Yannick Bolasie, his latest loan spell at Sporting Lisbon was nothing short of poor. Last season, the 31-year-old scored two goals and assisted five times in 25 appearances in all competitions.

Let’s take a look at a few more stats between the three players.

Have Bolasie and Iwobi been disregarded unfairly or is it time that both African stars to take their talents elsewhere before the window shuts in early October?