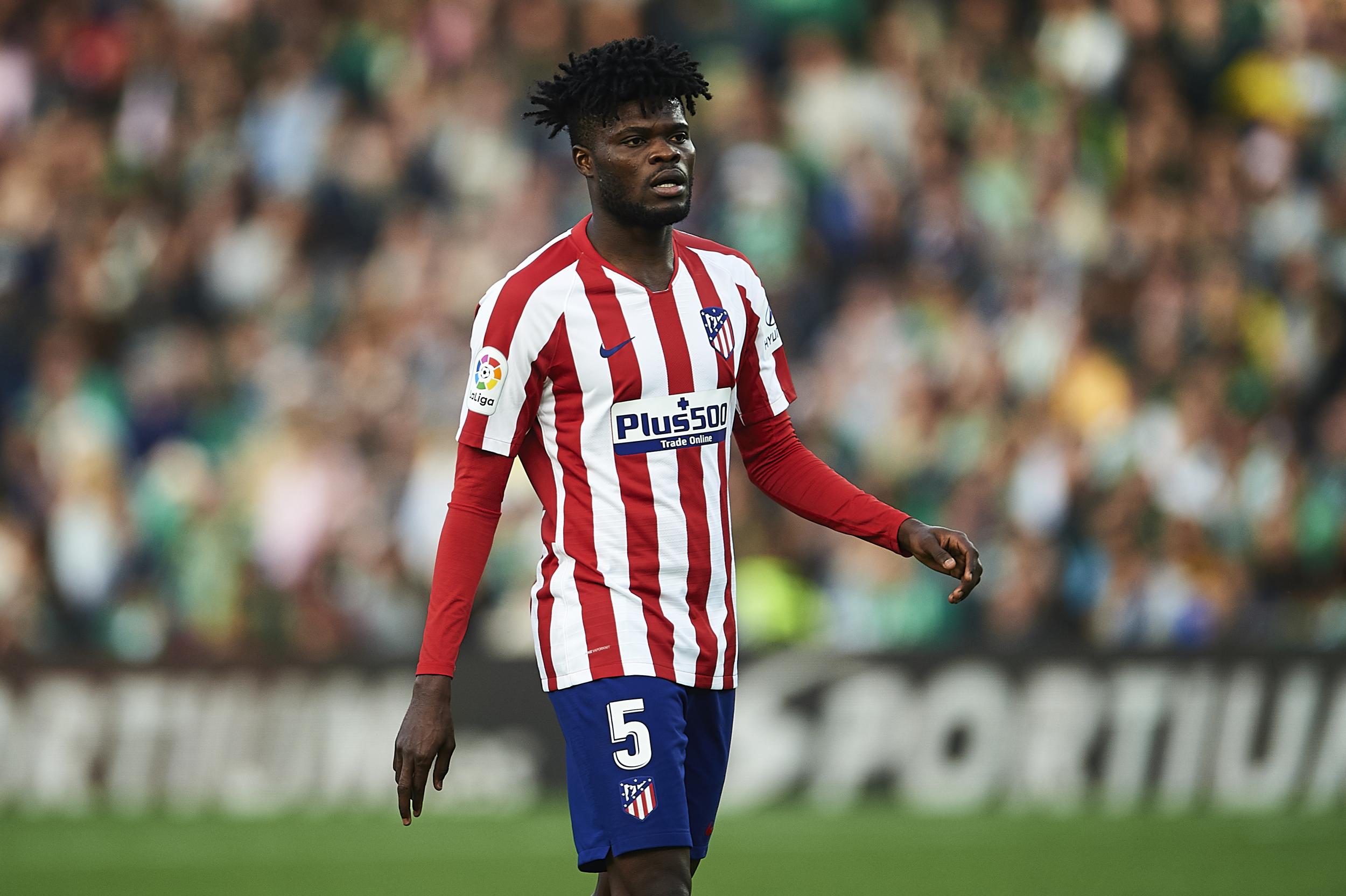 Well, that was not all too pretty. Arsenal’s 2-1 home win against David Moyes’ West Ham United gave us a convenient, and perhaps timely reminder that we are very much still a work in progress.

There are those who will not see a problem overall with having to grind out a result, even when you’re not at your best. Mikel Arteta certainly is in that camp and said as much in his post-match comments;

“I think we were a little bit luck yin certain moments, but we found a way in the end to win it and that’s the mentality I want from the team. To always believe that we can do it until the last moment, even when we have difficult games where we suffer and make it very difficult for ourselves in certain positions. But in the end it’s three points and that’s what we’re here for. We will take some big notes because there are a lot of things to improve on.”

Sensible as always from the Basque-native, but also a necessary truth. Many who took to social media in the aftermath to claim it showed the team under Arteta was still miles off from its top-four competition. A convenient tool to beat the usual drum as usual.

Despite this, the Premier League remains – in all truth – the most difficult league in the world, where financial parity leads to tough roads traveled from matchday one to thirty-eight.

However, it is not a bad take to suggest that certain key takeaways from the match do lend weight to the argument that we still need reinforcements via the market.

When looking at some of the data, our lack of creativity from any possible source on the pitch remained a concern. Willian, Granit Xhaka, Dani Ceballos, Bukayo Saka, and Héctor Bellerín combined for just three key passes. We failed to generate many chances off the back of it as well. Though we had the vast majority of the ball (62.6%), the only Arsenal player to take more than one crack at Lukas Fabianski was young Saka.

Much of the same can be said for our inability to slash through West Ham’s lines with confidence on the ball. Only Ceballos and Saka completed more than one dribble; with two apiece. We also failed to find the seams with a penetrating pass on the regular; three total, shared by Saka, Ceballos, and Willian on equal terms.

It comes off as pretty grim reading, but the take away from some of the key metrics at the weekend is not necessarily all doom-and-gloom as per the usual mouthpieces. What it does show, is while we may not be consistent experts in pulling off how Arteta wants us to operate, that we were sticking to the embedding process of his tactical ethos.

A full commitment on this front must remain. And it could well-be something he picked up from the likes of Arsène Wenger and Pep Guardiola; two men who stubbornly refuse to throw their principles in the bin. There are times – many, in fact – where they died by their own sword, but when the opposite occurred, it gave us some of the best football ever played in England.

And it was not long before cries for Houssem Aouar at the carpet were seen and heard from seemingly all directions.

From a superficial standpoint, it’s an easy piece to plug into the formula and thing it is tailor-made to fix some of our deficiencies on the creation front. It’s not the only facet of his game, however. As Kris (@AFCfreddie8) from French Football Weekly commented, Aouar is “the type of player who – though versatile on a tactical level – excels at being able to take the ball from central areas and drive play 20-30 yards before finding the pass that could unlock a chance.” Similar to how we see Kevin De Bruyne influence proceedings at Manchester City.

The French-born Algerian and native of Lyon is also adept at being able to press higher up the pitch and win back possession to recycle play further forward; something Arteta has clearly want to integrate effectively.

It is all seemingly the perfect fit on all fronts but the one factor that many have not discussed about Aouar is – despite his clear potential and burgeoning reputation – just how well does Aouar allow others around him to be better versions of themselves?

This is a side of our summer business that not enough people have considered, and instead, in my opinion, opted for the desire to lean towards the shiny new U23 toy.

While it is without question that the French international would improve us considerably on the creation front, does he help us genuinely in other phases of play? Would he be a player to unlock a more influential Xhaka? How much defensive responsibility would he add to or take away from others in the pitch? For all his creativity and tactical flexibility, Aouar would struggle to be a well-rounded player in the ideal scenario for Arsenal. In my opinion, that is not what we lack the most.

If you consider one of the key ingredients from Arsenal sides over the last twenty-odd years, one main factor is the presence of an all-action, can do everything central presence. 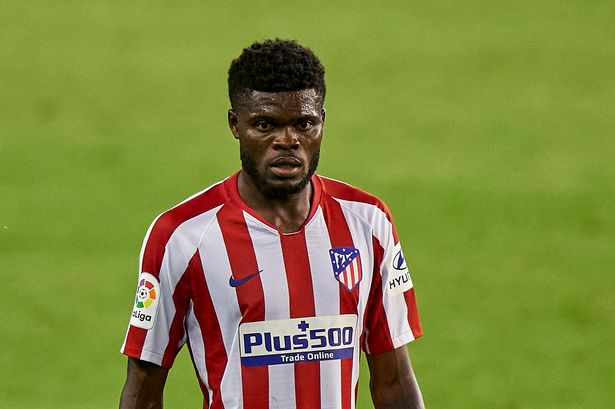 Over the years, we’ve had Aouar-type players; many, in fact. But rarely have we ever had players akin to Patrick Vieira, Gilberto Silva, or even Alex Song. These were not just players that sat deep, won the ball with a crunching tackle, and passed it off to those who knew better further forward. Vieira was incredibly progressive when on the ball, could beat his man, knew how to pick a lovely ball, and would contribute on the scoresheet.

The same can be said for Song, and Gilberto Silva to an extent. One player Arsenal have also been linked with this summer who gives us so much improvement across every phase of play is Thomas Partey.

Forward-thinking distribution, good progressive carrying numbers, a first-rate engine, and considerable influence in tackles, ball recoveries & interceptions; Partey can genuinely do it all.

Partey is not a specialist in one facet of the game, he’s a major contributor in nearly all areas. There isn’t a single player on Arsenal’s books at current that can boast such a skill-set. We have creative players; veteran and youngster alike.

Deploying a player like the Ghanaian International in a midfield three comprised of himself, Xhaka, and Ceballos or Willian as an 8/10 hybrid would provide a wonderful tactical balance. Deep-lying command & control from Xhaka, a mobile box-to-box all-round presence from Partey, and progressive drive from Ceballos/Willian or even Mesut Özil if he re-establishes himself.

This would also allow us to switch to a 4-3-3 or a 4-2-3-1 (presumably what Arteta would like to do long term) and stray away from a back-three deployment. One that is obviously being utilized to address the lack of cover from a single pivot comprised of players who do not excel on the defensive side of the ball.

It is also important to note that if you survey the very best that the continent has to offer, almost all of them have a player of similar ilk to Partey as a cornerstone of their deployment on the pitch. Bayern has Joshua Kimmich, Dortmund utilizes Axel Witsel, City deploy Fernandinho, and Liverpool have Naby Keita once he’s bedded into the system (as he seems to be at current).

Other examples exist as well, and rather than spend time listing them all, the point remains that creativity – at the end of the day – is a byproduct of the balance you possess on the pitch.

Truthfully, if the financials ever allowed for it, securing the signatures of both players would be the most ideal scenario. Considering the odds of that coming off being remote, we must ask ourselves what makes more sense currently. Partey – for me – comes in and instantly makes us better in so many areas and in so many ways, while Aouar improves us greatly in one aspect, while negligibly in others.

At the end of the day, whatever Arteta and Edu decide upon, I – like all of us, hopefully, will back to the hilt come what may. But I cannot help but wonder if we are genuinely missing a trick if we do not continue to prioritize a truly transformative player in Thomas Partey.