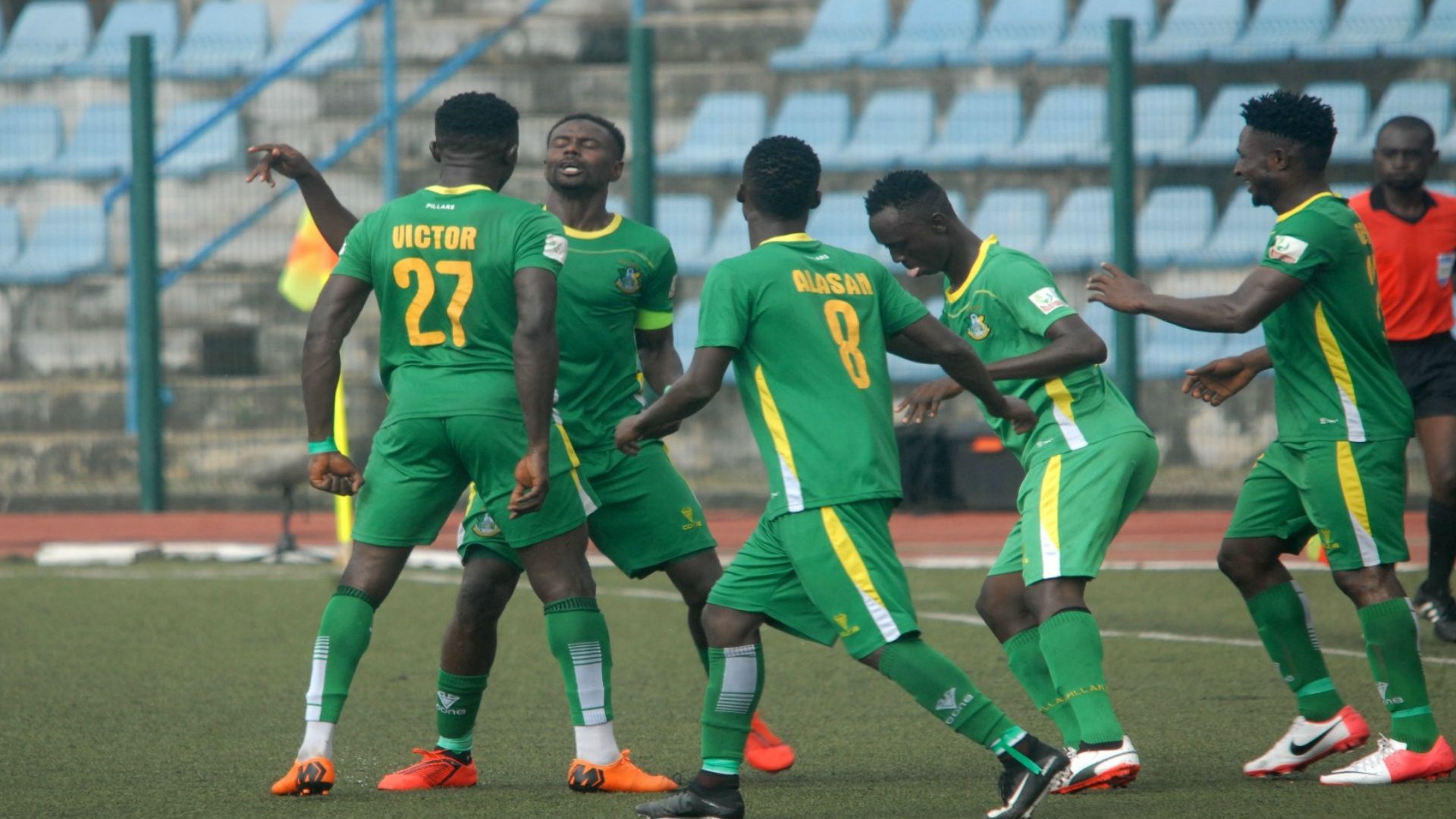 Reaching the CAF Champions League semi-final as debutants in 2009 has been one of the biggest moments in the history of Kano Pillars.

As a ‘greenhorn’ in that season's competition, Pillars turned heads, especially with their performances against one of Africa's giants, Al-Ahly.

Sai Masu Gida scored two magnificent goals in Egypt as they drew 2–2, and then secured a 1–1 in Nigeria to progress on the away goals rule. The conquest of the Red Devils earned Pillars the nickname ‘Ahly Killers’ that year.

Although the Pyramid Boys were eventually stopped in the semi-final by fellow Nigerian team Heartland, that sweet memory of a dramatic campaign still lingers on.

Sadly, ten years down the line, Pillars are yet to enact anything close to their maiden appearance, even as they enter their sixth campaign in the continent's biggest club competition.

Since 2009, Pillars have always been knocked out in the first round, and they even failed to make it from the preliminary round in 2014.

Last weekend at the Sani Abacha Stadium in Kano, Pillars toiled to squeeze out a slender 3-2 win over Asante Kotoko.

That tricky result has struck fear in the hearts of many, as there is an apprehension that the four-time Nigeria League champions may be heading for another early exit from the Caf Champions League.

Why have Pillars underperformed?

The factors that have accounted for Pillars’ early exit in past years are multifaceted, and to a large extent not unique to them but Nigerian clubs in general.

Unlike in other climes, most Nigerian clubs are not seen to be run as true professional clubs.

In terms of player recruitment, remuneration, and all-round general welfare, clubs from Nigeria still have a lot of ground to cover if they are to measure up with their contemporaries from other regions of the continent.

Teams shipping out 14 players and bringing in a dozen during the offseason is regular practice in Nigeria, but more often than not, these recruitment strategies are often counterproductive and teams lack chemistry.

For Pillars, their summer recruits were Abdullahi Musa, a defender from Wikki Tourists, Nasiru Sani, left-back from Enyimba and Stone Samuel, an attacking midfielder from Go Round FC.

Others are Alaekwe Chijioke, a striker from Ifeanyi Ubah, Meshack Chukwubuike, also a striker from Yobe Desert and finally, Usman Musa, who is an attacking midfielder from Gombe United.

From this selection of players, none truly have genuine continental pedigree, and a wiser idea might have been to have made two or three quality recruits, rather than a swathe of mediocre additions.

Also the stunted, unpredictable and often irregular football calendar has done little to help the course of Nigerian teams on the continent. Preparations are often limited, which affects teams' ability to thrive.

Pillars remained in Kaduna after winning the 2019 Federation Cup but were only able to have friendly games against amateur sides in the run-up to the Pillars showdown.

The level of technical input is also another bane of Nigerian teams, and the Pillars’ bench led by coach Ibrahim Musa have not been convincing enough.

By and large, Pillars still have their destiny in their own hands, as they only need to avoid defeat in Kumasi if they are to progress.

It's imperative that Sai Masu Gida avoid conceding an early goal, as this may spell doom, and Pillars must pay attention to the Ghanaians' dead-ball skills.

Kotoko proved their quality from set-pieces with their second goal in the first leg, and Pillars must be disciplined enough to not to commit fouls in dangerous positions.

Often, it is posited that attack is the best form of defence, and Pillars must avoid the pitfall of going to Kumasi to ‘park the bus’ in anticipation of a draw.

Also, with the anticipated capacity crowd at the Baba Yara Stadium, Pillars must be mentally prepared if they are to prove their critics wrong and avoid another early exit.