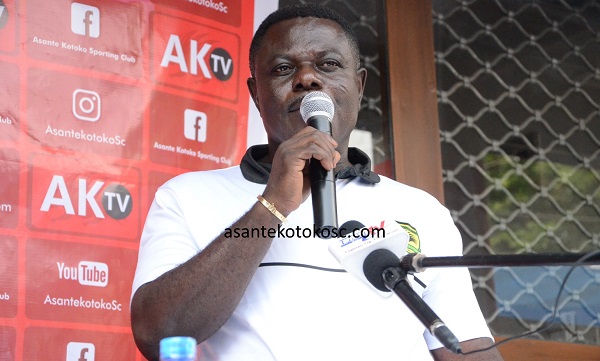 The Executive Chairman of Kumasi Asante Kotoko, Dr. Kwame Kyei has expressed his readiness to quit the club.

The Porcupine Warriors have failed to get positive results from matches they have played in the last couple of weeks.

While the side has managed to win some matches, they have disappointingly suffered defeats against opponents that they were fancied to easily beat.

At an emergency meeting on Monday following the team’s 2-1 defeat to Asokwa Deportivo in the Round of 64 of the MTN FA Cup, Dr. Kwame Kyei fumed with anger as he lashed out at players for failing to play at the top level.

Among many other things he said to the playing body, the Executive Chairman of the Reds stressed that he will have no problem dissolving the team or even leaving the club if players do up their game.

“I cannot bear the insults. I've a family to protect. I prefer to dissolve the team or leave the club”, he said.