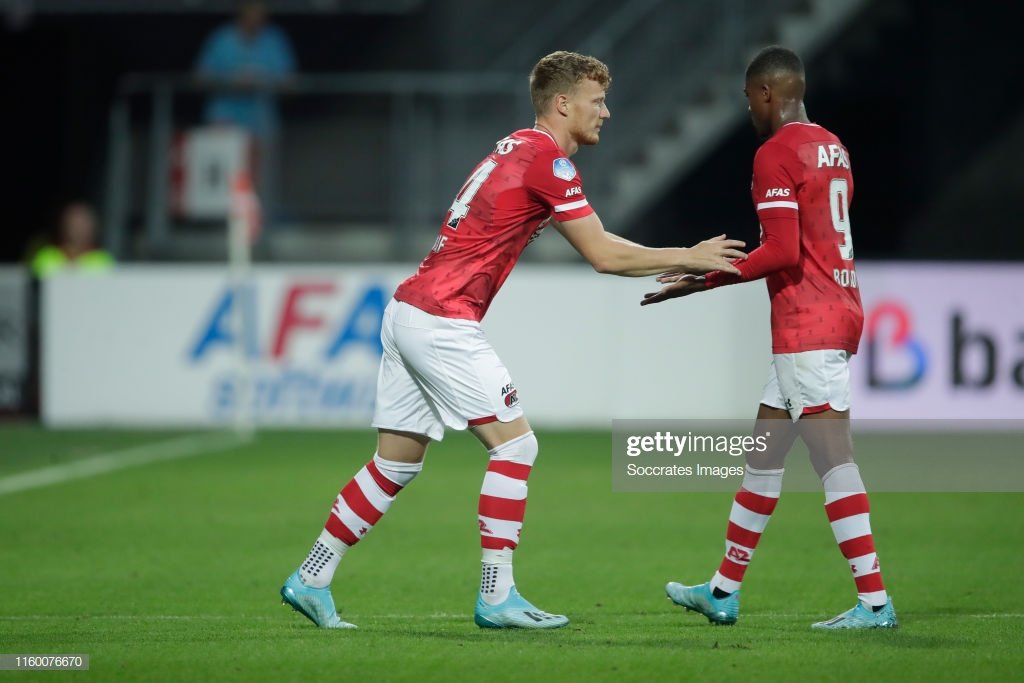 AZ Alkmaar boss Arne Slot has confirmed that Ferdy Druijf will replace suspended Ghanaian forward Myron Boadu ahead of their clash against Heerenveen in the Dutch Eredivisie.

Boadu is set to miss his side's game after picking up a red card in the game against Willem II.

The highly-rated forward has made nine appearances and scored four goals in the Eredivisie.

He is a key contributor for AZ Alkmaar so far this season, however, his manager Arse Slot is confident Ferdy Druijf will fill in good for the attacker.

"We hope that he will enjoy his days off and that he will be fresh and fruity again on Sunday when he starts training again," he said.

"Ferdy will start at Myron's place," he added.  "Because Myron is doing well. On the other hand, he has had a busy period and this is an opportunity to give him a few days of rest."