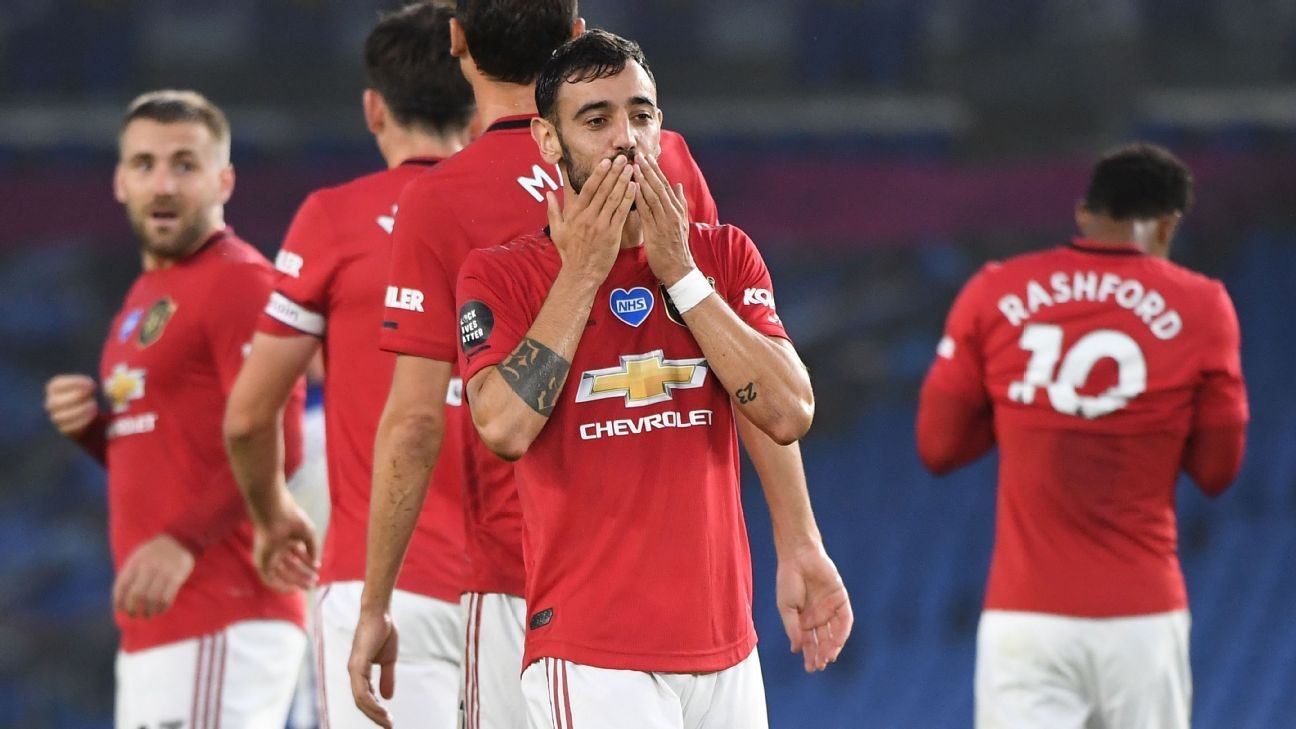 Bruno Fernandes scored two fine goals as Manchester United won 3-0 at Brighton and Hove Albion in the Premier League on Tuesday to stay in contention for a top-four finish.

The result left United fifth on 52 points from 32 games, two behind fourth-placed Chelsea who have a game in hand and ahead of Wolverhampton Wanderers on goal difference.

What did you miss? The latest from Europe's top leagues

A dominant United stretched their unbeaten run in all competitions to 15 games and celebrated their first league win at Brighton since 1982 after 18-year-old Mason Greenwood fired them ahead with a solo effort in the 16th minute.

Portugal midfielder Fernandes, who had hit the post with a first-time shot early on, made it 2-0 with a deflected effort in the 29th following a superb build-up.

United scored a high quality third goal as Nemanja Matic released Greenwood with a searching long ball and the forward delivered an inch-perfect cross for Fernandes to volley home from 10 metres.

United are next at home to relegation-threatened Bournemouth while Brighton visit bottom team Norwich City on Saturday.