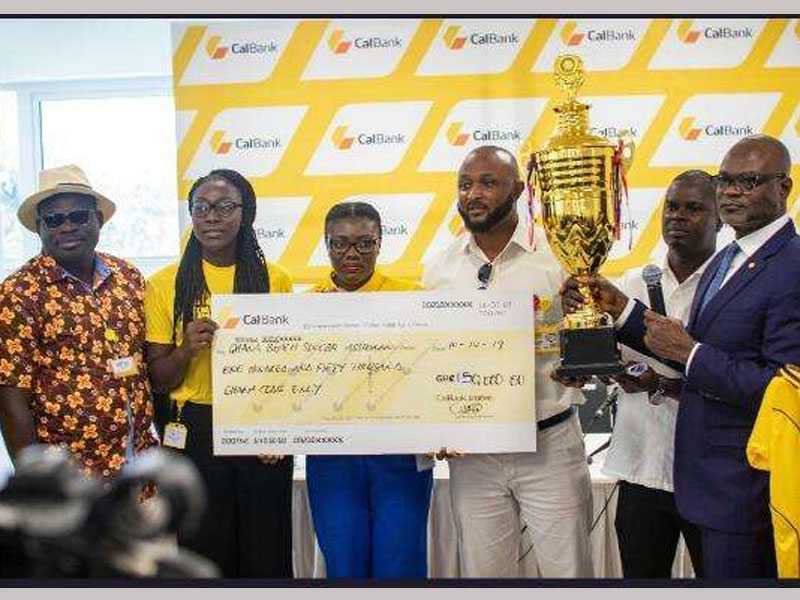 Dr. Kofi Amoah, Chairman of the Normalisation Committee of the GFA has applauded the President of Ghana Beach Soccer Association (GBSA) for his relentless effort in making the sport popular in the country and he is very hopeful that the acceptance of the sport as part of the GFA would open a new chapter in its development.

He expressed that the GBSA would get the necessary assistance from Football World’s governing body, FIFA.

Dr. Amoah said these at CAL Bank’s unveiling of a sponsorship package of Gh¢150,000.00 for the upcoming Beach Soccer National League set to start on October 19, 2019.

The competition would see 16 teams from four regions including Greater Accra, Volta, Western and Central Region compete for honours with the finals slated for December 1, 2019.

“We have had a lot of challenges over the past years which has helped shaped us and I'm grateful to CAL Bank for supporting us over the past nine year’s and we hope to take the sport to another level especially with it being part of the GFA now,’’ he said.

Mr. Ankrah added that they would engage in activities to help clean the beaches that would host the championship as well as create jobs and boost tourism in the hosting areas.

Mr. Kofi Siabi, Marketing Manager of CAL Bank, said they were committed to help beach soccer thrive and remain hopeful that the sport would develop become bigger in the near future.

“It is our belief that we would see an expansion and development of beach soccer as we go along.  Our dream is to make beach soccer bigger in terms of viewership and even become bigger than football," he said.

He also mentioned their readiness to support the building of Beach Soccer Arena when the right mechanism was put in place by the GFA and GBSA.