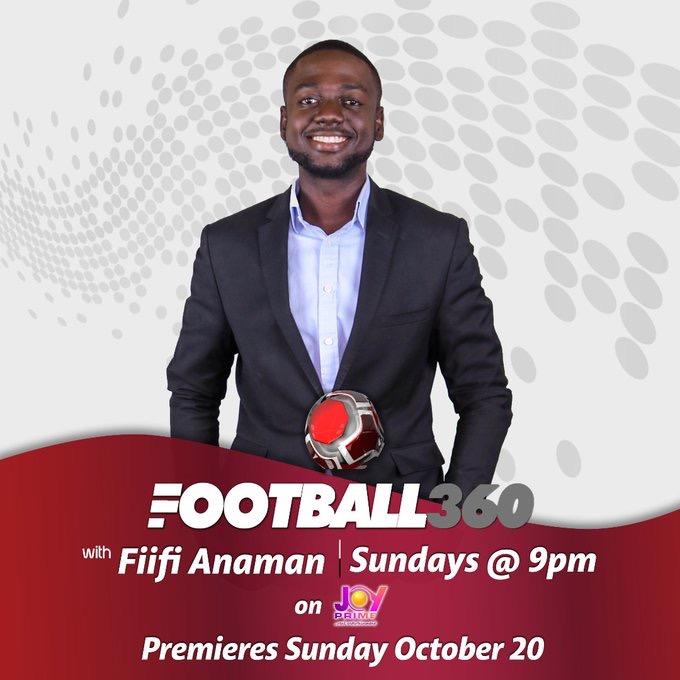 AE Mediacom, producers of Football 360, have announced journalist Fiifi Anaman as new host of the show as it moves from Kwese TV to Joy Prime from Sunday October 20.

The move means Anaman will leave his role as the anchor of Sports Xtra, another AE Mediacom production that currently airs on Kwese TV.

Nutifafa Attah, the founding host of Football 360, announced his departure from the show on Sunday September 29, following 7 years of work.

The award-winning Football 360 first aired on Viasat 1 TV in September 2012, later airing on Kwese TV after their acquisition of the former.

Fiifi Anaman is a sports writer and broadcaster whose work has featured on the likes of SuperSport, BBC, ESPN, Telegraph, Goal.com and Business Insider.

He has produced and hosted Sports Xtra since the beginning of 2018, and was one of the flagship anchors of Kwese TV’s World Cup coverage later that year.

He won the “Best Writing – Column” award at the 2015 Sport Media Pearl Awards organized by the International Sports Press Association (AIPS), and was nominated at the 2015 CNN Multichoice Africa Journalist Awards.

He has served as the Project Manager of the last two editions of the Ghana Football Awards and was named as one of the 10 “Best Ghanaian TV Anchors” by Pulse Ghana earlier this year.

Football 360 will premiere on Joy Prime Sunday on October 20 at 9pm, and air every Sunday night after that from 9pm to 10pm.

“I am excited about the show’s future and grateful to NutifafaAttah for the opportunity to carry on the rich legacy he has led to build over the last seven years,” said Anaman. “I cannot wait to get started and also for viewers to experience the show’s new look and feel. There are big shoes to fill and high standards to live up to, and we’re ready to deliver.”

“We are excited to grow our partnership with AE Mediacom, a production house that is known for their quality, in bringing more compelling sports content to Joy Prime,” said SantokhSingh, General Manager of Joy Prime operators Multi TV.

“We are confident of forging the same kind of successful collaboration we had with them on the 2019 Ghana Football Awards. At Joy Prime, our focus on real entertainment has made us an industry leader, and there is no better entertainment in today’s evolving world than football.” 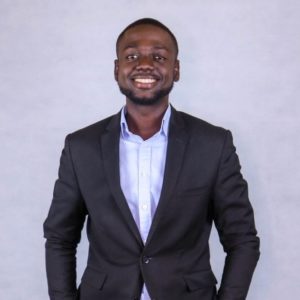 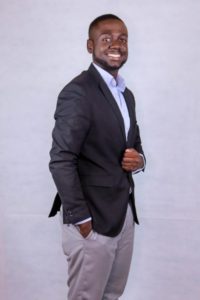