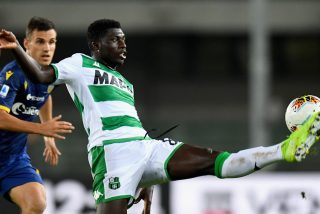 Iachini knows the Sassuolo midfielder well and knows that he could make an important contribution in the purple  midfield but his mother club have a slapped a price tag of 20 million Euros for his card which Fiorentina are not ready to buy.

The left-handed midfielder of substance and who has already been trained by Iachini in Sassuolo is believed to be the solution to Fiorentina's midfield woes.

For now the neroverdi have shot high for the player who, however, is not even considered a holder by the coach De Zerbi .