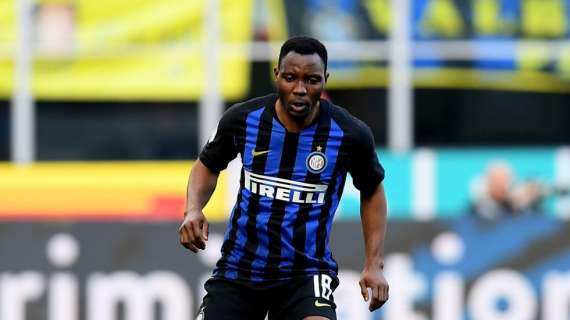 Ghanaian international Kwadwo Asamoah has shared his delight after returning to full fitness and being included in Inter Milan’s team that posted a 2-1 win over SPAL 2013 over the weekend.

Prior to the matchday in the Italian Serie A, the Black Stars midfielder who excels when deployed in the left-wing-back role had spent the previous four weeks on the sidelines nursing an injury.

In the match against SPAL however, he was back in the team’s first team as he was named on the substitute bench.

In a post after the game, Kwadwo Asamoah shared, “Happy to be back in the group”.

He is now in contention to feature for the Nerazzurri in their next match which will be against Roma on Friday, December 6, 2019.