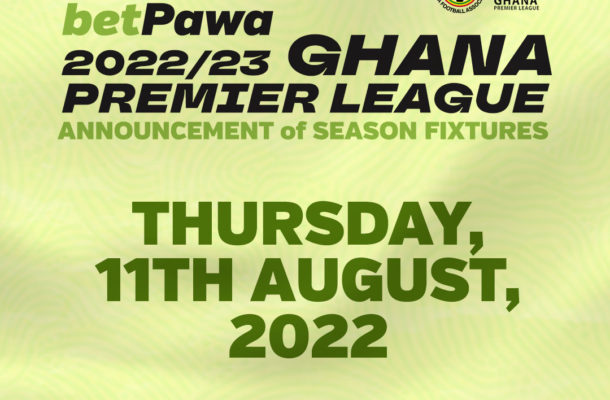 The fixtures for the 2022/23 betPawa Ghana Premier League season will be released before the end of this week.

In an official statement from the Ghana Football Association (GFA), it has disclosed that the fixtures will be released on Thursday, August 11, 2022.

The statement further explains that the fixtures have been delayed due to the mini-tournament staged to find a replacement for demoted Ashanti Gold SC.

“Fixtures for the 2022/23 betPawa Ghana Premier League will go public on Thursday, August 11, 2022. The delay in releasing the fixtures was as a result of the three-way club play-off which involved Ebusua Dwarfs, Tamale City, and Liberty Professionals,” a Ghana FA statement has said.

Below is the list of teams that will be competing in this year’s league season;