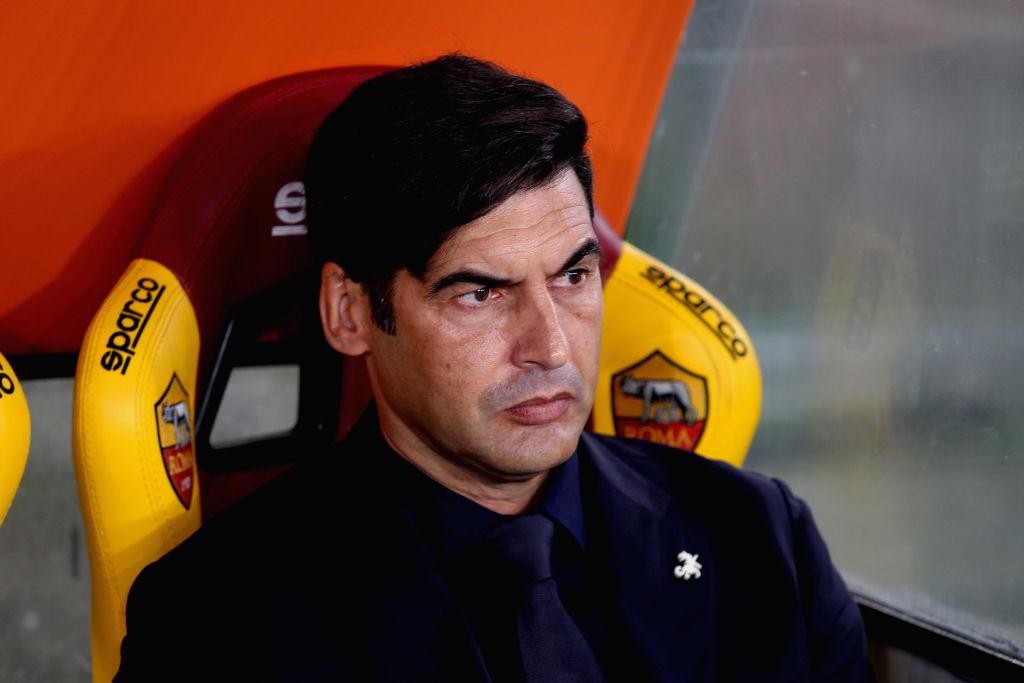 The Giallorossi moved into the top four in Serie A thanks to goals from Henrikh Mkhitaryan, Jordan Veretout and Lorenzo Pellegrini.

And the Portuguese coach seemed pleased with what he'd seen from his side when speaking after the final whistle...

What was the biggest positive for you tonight?

“Mainly the three points. The goal was to win tonight and we knew it wouldn’t be an easy game. We won and we won well. We managed the game in places. We scored three goals and got the win.”

Did you expect Lorenzo Pellegrini would get back to this sort of form?

“Yes, in my opinion Pellegrini has always done well. Today he scored a nice goal and I think he put in a good performance, like he has done recently.”

The back three you used tonight, do you think that’s the best trio you have? And could the team have managed the game better in the final 20 minutes?

“Yes, I think so. We didn’t see out the last part of the game in the best way: we could have used the ball better, especially as we had an extra man. They started to press us and we didn’t use the ball well, giving Torino the opportunity to attack us in the final third. I didn’t like that, nor did I like us conceding when we had an extra man.

“As far as the defence goes, it is important to have both Gianluca Mancini and Chris Smalling back. At half-time I decided not to take a risk with Mancini, as he had already been booked. But I was satisfied with both of them.”

Is it a waste to rotate Pellegrini, Pedro and Henrikh Mkhitaryan for two positions, or do they help enhance what Gonzalo Villar offers from a deeper role?

“We have the option of playing Pellegrini in both roles, while Villar deserved his chance today. I decided to go with that because both of them did well against Bologna, with Pellegrini playing a bit further forward. I didn’t want to change that for today but Pellegrini, in my opinion, can play equally well in both roles. Then, when Villar got booked, I dropped Pellegrini back and he scored. I think Lorenzo can play in a number of roles.”

Do you feel like the side warrants being among the front-runners in the table?

“We are pleased with how the table looks right now, but there is still a long, long way to go. Now we need to think about the next game against Atalanta, which will be very difficult.”

How much has it helped having Dan and Ryan Friedkin so present?

“For the team it’s really important to feel their support. It’s a big positive having their presence around, for me.”

Is there already a plan in place for Nicolo Zaniolo’s return?

“No, we have to wait for the right moment to bring Zaniolo back into the fold. His recovery is going well, but there’s a timeframe that we have to respect.”