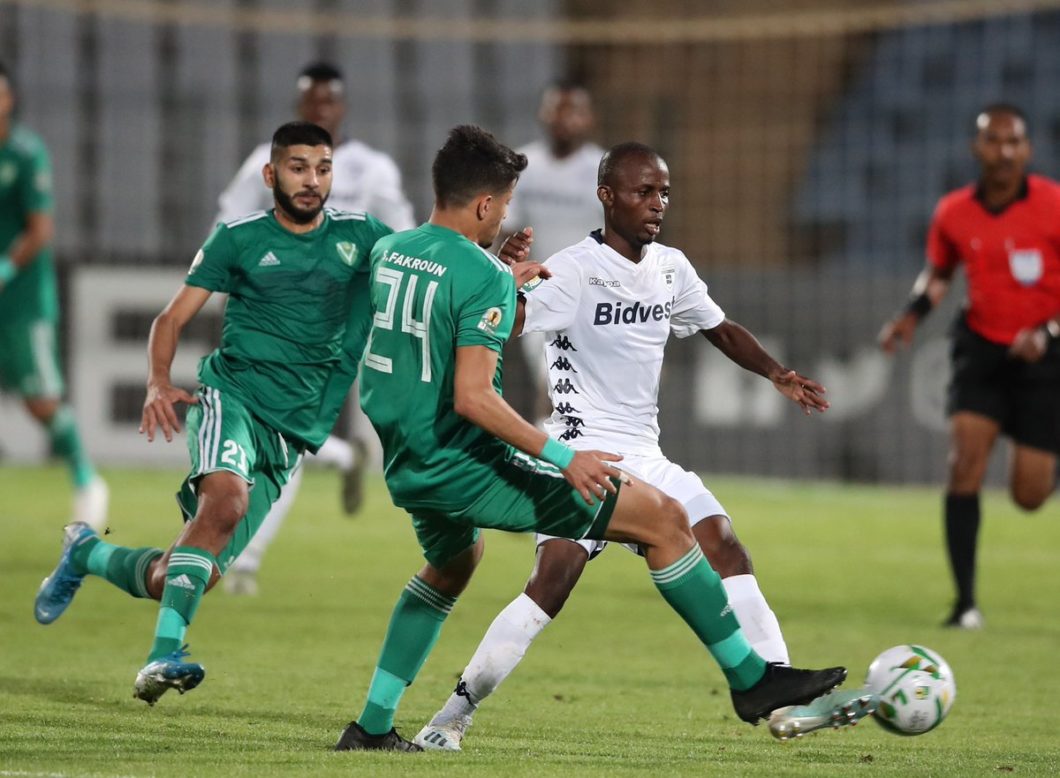 Libya’s government has been in shambles since the overthrow of Muammar Gaddafi. Now in the midst of a war, the country has been unable to run the domestic league for over two years.

Most clubs were forced to stop activities, but this was not the case for Al Nasr, who have been playing in CAF competitions since winning the domestic league in 2017/18.

The next season Al Nasr qualifed for the Champions League again by virtue of their domestic championship two years ago.

It is important to note that at this point (ahead of the 19/20 season) Libya were ranked 18th in the CAF coefficients, meaning they could only send one club to each inter-club competition.

They were given a tough play-off draw against Raja Casablanca (who made the semi-finals) and dropped down to the Confederation Cup for a second consecutive year after losing 4-1 on aggregate.

READ: From playing against Juventus to being a prisoner of war: The story of Gaddafi’s footballing son

After defeating Ugandan side Proline they finally advanced to the group stages.

Now faced with at least six continental stages without playing in a domestic league, Al Nasr were faced with a unique challenge.

We talked to their assistant coach Alaa Negm, who gave us insight as to how the team fared.

“At the beginning, the stoppage of the league was considered disastrous and a bullet of mercy on a generation that was expected to have a major impact on the continent.” Negm told AFHQ.

“I hope that those responsible for Libyan football hurry at the start of the next season’s league, because it is the last chance to catch up with neighboring countries. Everyone must sacrifice for the sake of Libyan football.”

Lacking match fitness, the Libyan side tried to schedule friendlies but found their efforts lackluster.

“We tried to deal with it by scheduling some friendly matches in the past in the Republic of Egypt, but it is impossible for an official match to be like a friendly.”

Drawn into group B with Guinean giants Horoya, Malian side Djoliba and South African side Bidvest Wits, Al Nasr were faced with a tough group.

After collecting only one point from their first three games, it seemed Alfahama were due to head home early.

They remarkably picked up seven points from their remaining three matches, leaving them with eight points, enough to advance to the knockout round.

It could have been easy for Al Nasr to withdraw from the competion, citing all of their disadvantages, but they continued to fight for the club and the country’s footballing future.

“The material loss [of the league stoppage] was great. But I hope that the loss is not more than the loss of a present generation and a future generation.” Negm said.

In Negm’s opinion, the club’s management has allowed the club to thrive despite everything that has gone against them.

“The reason for the Al Nasr’s development in recent years, especially in the Confederation Cup last season, is the administration’s confidence in us as a young team from the club’s academy. The other thing is to rely on young players from the club’s youth and motivate them to be able to keep up with the top players in Africa.”

The club’s fairytale story came to an end in the quarter-finals after being battered 7-0 on aggregate by Moroccan side Hassania Agadir. But the fight will still go on to preserve Libyan football.

Al Nasr’s performance in the tournament sent Libya back into the top 12 of the CAF coefficients, bringing Libya’s an additional berth in both the CL and CC.

While this has raised concerns over the logistics of the coefficient system (why should a country with no running league get to send the same amount of teams as Africa’s top countries like Egypt and South Africa?), reports surfaced that CAF would expel the Libyan teams from participating due to the league not running for two years.

Negm was confident that his club would get to play in the Champions League next season, but things are still unclear.

“I think that the CAF agreed to the participation of 4 Libyan clubs in the next championships, 2 in the CL and 2 in the CC. But regardless, it is necessary to accelerate the beginning of the Libyan League, even by any means, even if it was only a small competition to stimulate the four teams playing on the continent.”

Overall, he was hopeful for the future.

“In general, the Libyan athlete is gifted by nature, but the Libyan athlete was not lacking in frequent contact, self-confidence and tactical openness. We tried to deal with this situation with frequent meetings and convince the athlete that he is able to play in any situation, under any circumstance and in any place.”