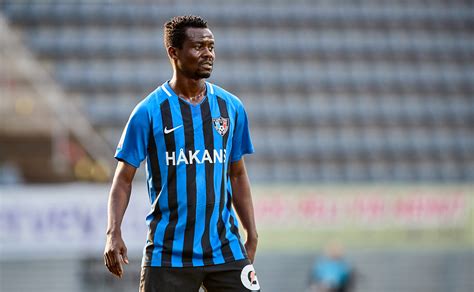 The 34-year-old midfielder featured in FC Inter Turku's away game in the Finnish top-flight league.

In the initial stages in the game Annan was very instrumental in every move by the Black and Blues but his influence began to decrease as the game went on.

Japanese player Taiki Tagayama gave Inter Turku the lead on the sixth minutes of the match.

Joonas Lepisto drew the host level after 22 minutes of action to make it 1 – 1 before Emmanuel Jorge Ledesma scored five minutes later to make it 2-1 to the home side before the break.

Ghana’s Jude Ekow Arthur was on hand in the 67th minutes to set up Lepisto to score his brace and his side’s third goal to bring the score to 3-1.

Annan was substituted in the 73 minutes of the match and was replaced by Matias Ojala.

The Turku-based club are currently third on the league table after week 14.