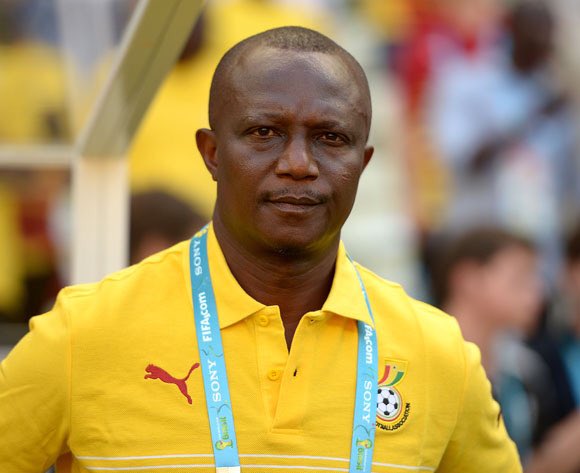 Ex-Black Stars coach Kwasi Appiah says it will be great injustice to posterity if he failed to document his rich experience on the pitch for others to learn from.

Besides, he said he had been inspired by other coaches such as Sir Alex Ferguson, after reading his autobiography, to tell his story that spanned from his early childhood days through his career as a player with Asante Kotoko all the way to when he became coach of the national team as well as his life off the pitch.

At the launch of his autobiography entitled 'Leaders Don’t Have to Yell', Kwasi Appiah admitted that his work as a coach would end someday but it would be disappointing if he did not document anything for generations to learn from.

That, he said, also urged him on to write his book now and he believed anybody who read it, particularly the younger generation, would understand some of the mistakes he made in life in order to avoid them.

While teasing the audience with some of the contents of his book at the Swiss Spirit Alisa Hotel last Friday night, the 58-year-old coach said he took some decisions as the national team coach and "I regret it anytime I look back."

Taking tough decisions That notwithstanding, he also took some very firm decisions which he believed even the expatriate coaches wouldn’t dare attempt.

''Many of the decisions I took while I was the coach of the national team were very serious or delicate decisions that I believe even expatriate coaches cannot even take.

If you are a coach you sometimes have to put your job on the line to take the decisions that you think is better for you. At the end of the day, if you take that decision and you are even sacked you will sit at home and be happy that you took that decision and dared the consequences,” he stated

The 388-page book, co-authored by Kyei Amoako, a US-based communications and marketing practitioner, was auctioned and raked in over GH₵40,000 with Black Stars coach Charles Akonnor, former national captain Stephen Appiah among many others who purchased copies.

Having captained Kotoko, the Black Meteors and the Black Stars and coached them, Appiah stated that the coaching job was highly risky because coaches easily got fired but he added that once you were fired for taking the right decisions, there would be no regret.

''As a coach you need to always put your bag by your side so that anytime you are sacked you pick it and move on because there will be other opportunities.

Once you are doing the right thing and you are sacked that’s fine but if you allow other people to influence your decision, you'll sit back home and ask yourself why you listened to them”.