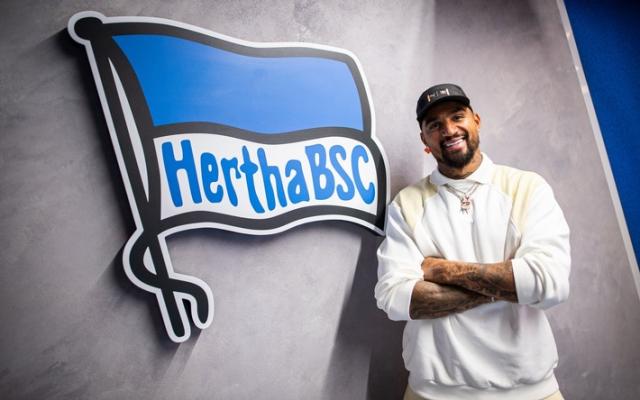 Former Ghana midfielder Kevin-Prince Boateng is expected to sign a new deal with Bundesliga side Hertha Berlin ahead of the start of the 2022/23 season.

The 35-year-old is likely to extend his expiring contract with Hertha which expires this summer.

Although a final agreement is still pending, it looks like the parties will agree on a new deal.

Boateng returned to his boyhood club as a free agent last summer, having parted ways with Serie B side AC Monza.

The former Barcelona and AC Milan ace made 21 appearances in all competitions for as they survived relegation following a playoff win over Hamburg.

He started and played 89 minutes as the capital-based side recovered from a first leg defeat to win 2-0 and confirm their stay in the German topflight.

Hertha Berlin, who were down by a goal from the first leg levelled the scores just four minutes into the game after former Manchester City defender Derdryck Boyata scored.

Marvin Planttenhardt sealed victory with a 63rd minute strike to keep the Old Ladies in the league for another season.