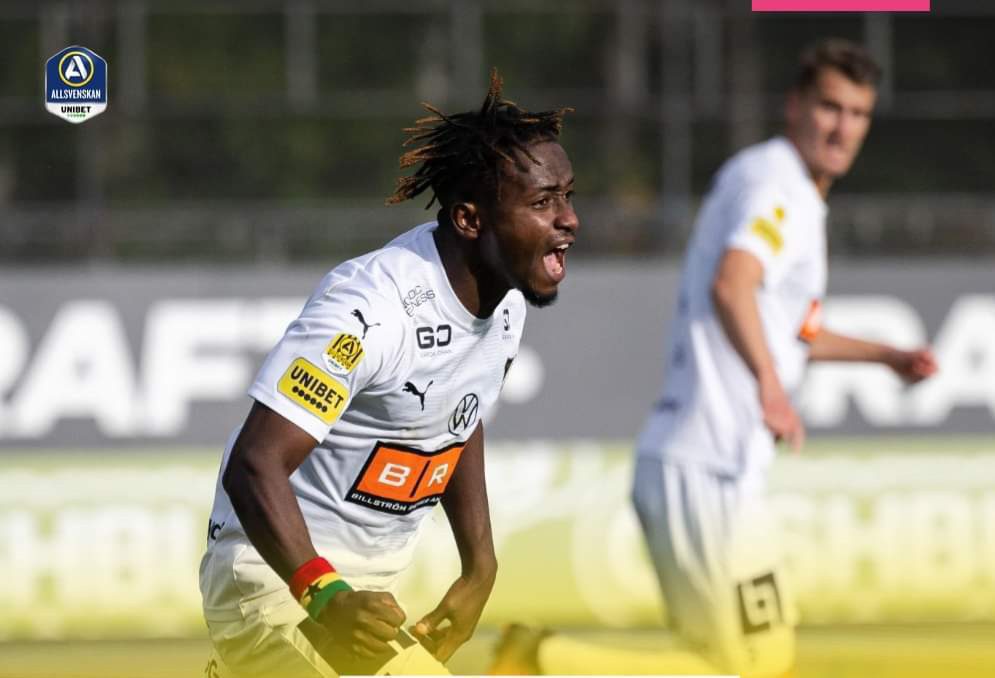 The former Ghana U17 forward has been in a rich vein on form this season for the Swiss side.

He scored the equalizing goal for Hacken as they come from behind to draw 1-1 at the Varberg Energi Arena.

Swedish forward Filip Bohman opened the scoring of the match in the 36th minute but four minutes after recess, Sadiq restored parity for BK Hacken to make it 1-1.

It was his fifth goal of the campaign for Ghanaian international.

Ibrahim Sadiq has now scored 5 goals in 13 appearances in the Swedish elite league.