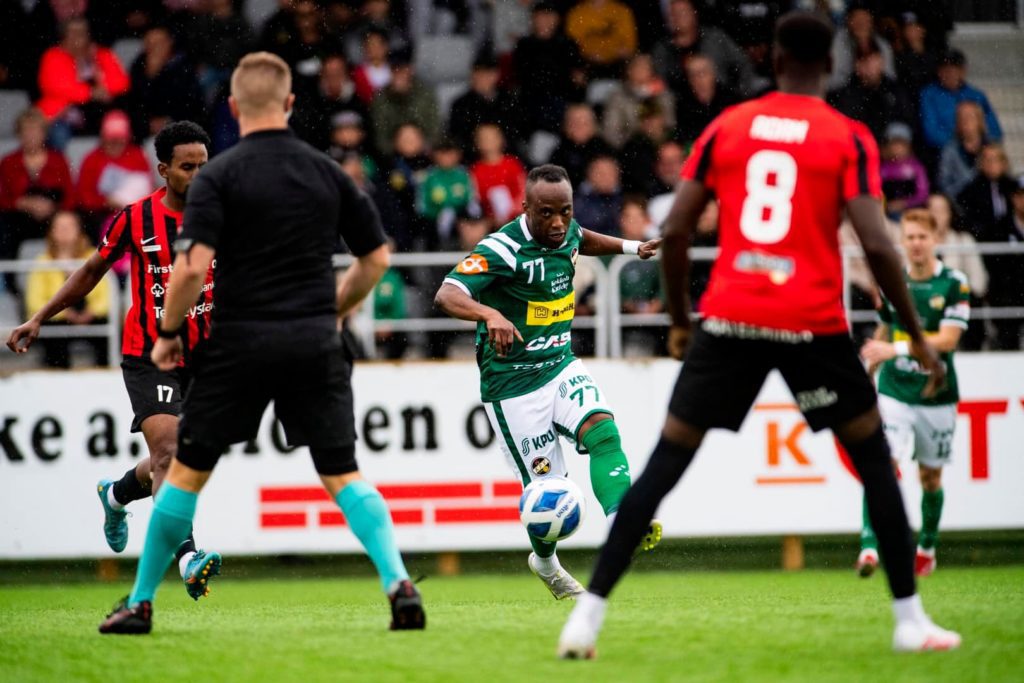 Former Ghana youth star Ishmael Yartey featured for Kokkolan PV in their game against Pallokerho-35 in the Finnish second-tier.

The enterprising winger made a return to the club this summer on a free transfer.

However, on his second debut for Kokkolan PV, the Ghanaian marksman received a great reception from the club fans.

He was handed a starting role as his outfit played a 1-1 draw on home turf on Saturday.

The fans were obviously overjoyed to see Yartey return, with some bringing a banner with the words "welcome back Yartey" to the stadium.

The former Ghana youth international made his debut for Kokkolan PV in 2019 and left after one season.

This season, Yartey hopes to help the club return to the Premier League.