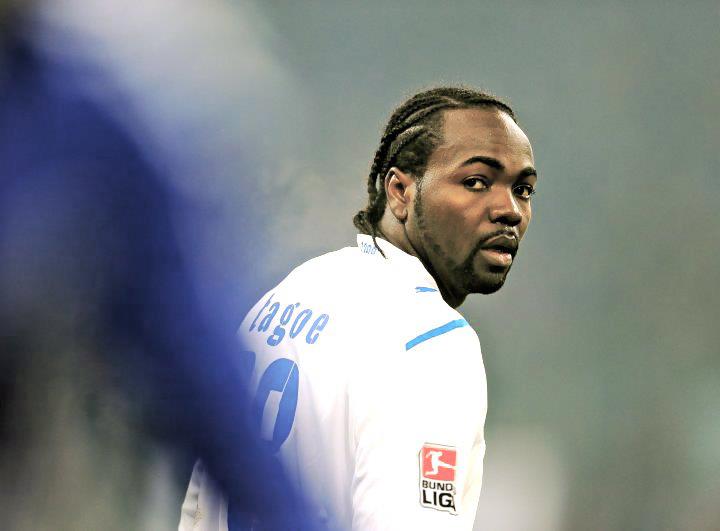 Former Ghana and 1899 Hoffenheim striker Prince Tagoe says he would love to play for Hearts of Oak before he finally hangs his boots.

Tagoe joined the Phobians on loan from Tudu Mighty Jets in 2005 and went on to become the top scorer of the Ghana Premier League with 18 goals.

He recently returned to Ghana and was training before the 2019/20 league season was suspended due to coronavirus pandemic.

"Hearts is my club. I want to pay my respect to them. The current players can learn a few things from me," he told TV3.

Hearts of Oak have failed to win any major silverware since winning the league title in 2009.

Many have attributed it to poor management, however, Tagoe claims the club has to properly recruit talents in the coming seasons.

"They should consider dealing with real talents instead of thinking that if a player’s manager is financially okay, they should help push him," he said.

"The scouting team needs to really up their game because a good player will come but because they came with no manager even if he is good, they will end up picking someone else and leave him.”

He added, "Talent is being overlooked, just look at Charles Taylor’s story. We have to go back to the days of recruiting even at the colts’ level and pick real talents."

Comparing Hearts of Oak then and now, he continued, "Most of the players who have played for Hearts of Oak loved the team wholeheartedly."

"Previously, we travel across Africa to win titles but the recent ones find it difficult to do that. It is not because they are not good but they have to play as a team because traditionally, Accra Hearts of Oak is a family."