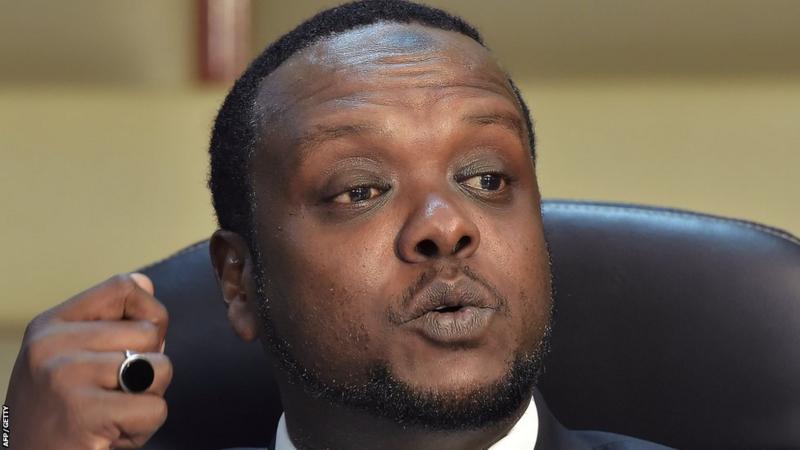 Former Kenyan sports minister Hassan Wario has paid a fine to avoid spending six years in jail following his role in the misuse of public funds set aside for his nation's 2016 Olympic Games campaign.

Earlier on Thursday, Wario had been given the option of six years in prison or paying a fine of 3.6m Kenya Shillings ($33,000).

Wario was found guilty on Wednesday by the Kenyan Anti-Corruption Magistrate's Court for misusing public funds allocated to the National Olympic Committee of Kenya (Nock) for the Games in Rio.

Kenya won the most medals of any African nation in Brazil but were beset by scandals.

Athletes did not receive their Nike kits while some of them were stranded in a Rio shanty town, where gunshots were heard, as officials looked for a 'cheap flight' home.

In office from 2013 to 2018, Wario was guilty of "wilfully failing to comply with applicable procedures and guidelines relating to management of public funds."

Former Nock official Stephen Soi, who was Kenya's chef de mission for the 2016 Olympics, was convicted on five charges of corruption after diverting money meant for athletes' travel and accommodation as well as kit from sportswear giants Nike.

Both men have always denied any wrongdoing.

The courts established that Sh54 million ($490,000) set aside for the Kenyan team in Brazil could not be accounted for by the sports ministry officials in office at the time.

A total of seven people were initially charged in the case, including then NOCK president and former Olympic champion, Kipchoge Keino, but the charges against him and four others were dropped.

The scandal overshadowed Kenya finishing as the highest-placed African nation on the medals table in Rio, with six of their tally of 13 medals being golden.