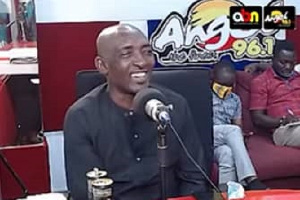 The Porcupine Warriors will represent Ghana in the CAF Champions League next season after emerging as champions of the 2021/22 Ghana Premier League title.

Speaking to Light FM, Papa Arko who was part of the Kotoko squad that won the Champions League in 1983 has urged the club to make impact in Africa next season.

“Kotoko should see themselves as worthy Ghana champions and perform well in Africa.

Hard training, determination, unity and commitment was keen to our success" he said.

"Kotoko is notable of having the best players in Ghana so they should maintain these players".

The preliminary round of the CAF Champions League has been scheduled for August this year.