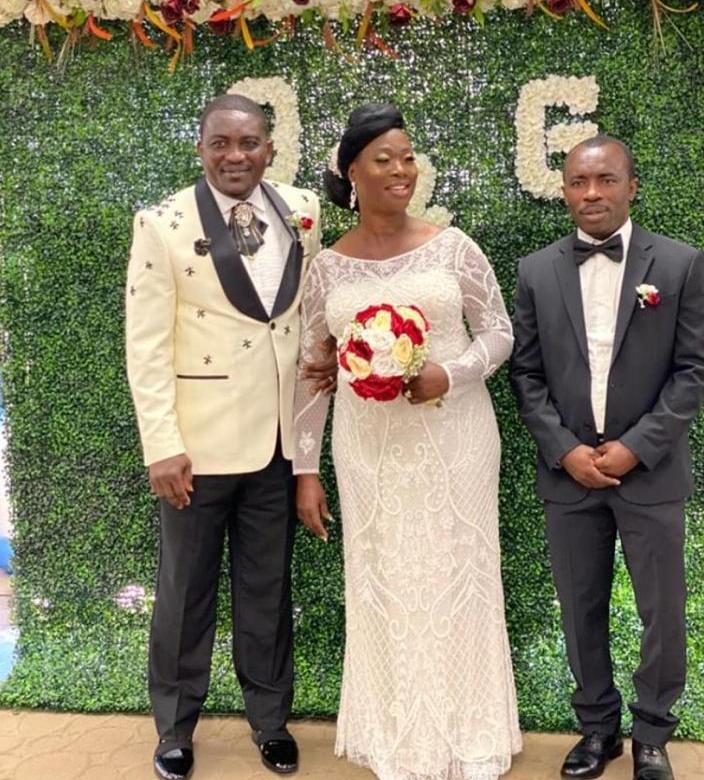 A former Kumasi Asante Kotoko ace, Emmanuel Osei Kuffuor on Saturday, August 1, 2020, got married to his fiancé in the United States of America.

The player who became a household name in the Ghana Premier League during his playing days bowed out as a celebrated icon having also featured for giants Accra Hearts of Oak.

Yesterday, he finally joined the table of men when he tied the knot with his longtime girlfriend, Gloria Fokuo in a ceremony held in Columbus, Ohio.

The pair played together in the past and are very good friends. Other past Kotoko teammates who graced the occasion include Nana Arhin Duah, Aziz Ansah, and Samad Oppong.

Emmanuel Osei Kuffour enjoyed the most success during his time with Hearts of Oak where he lifted continental trophies such as the CAF Champions League, the CAF Super Cup, and the CAF Confederation Cup.