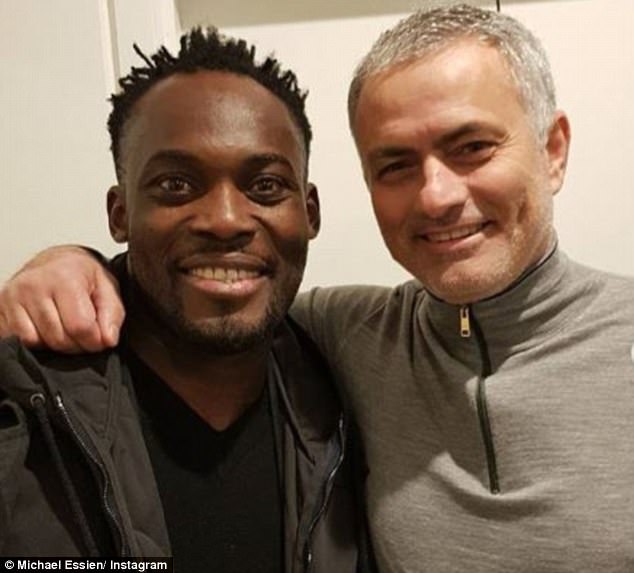 He describes the relationship as a father and son affair.

Mourinho singed Essien from Olympic Lyon in 2005 for a fee of £26m which became a record fee.

The Ghanaian becomes a household name at the Stamford Bridge, featuring in over 250 games.

The former AC Milan ace played his best football under Mourinho, where they later reunited at Real Madrid.

Mourinho was asked in an interview his relationship with the Ghana and Chelsea legend and he said,

"Son," said the man from Portugal, as quoted by BolaSport.com from the Daily Star.

Essien went on to play for some top sides in Europe such as Real Madrid, AC Milan, Chelsea and Lyon