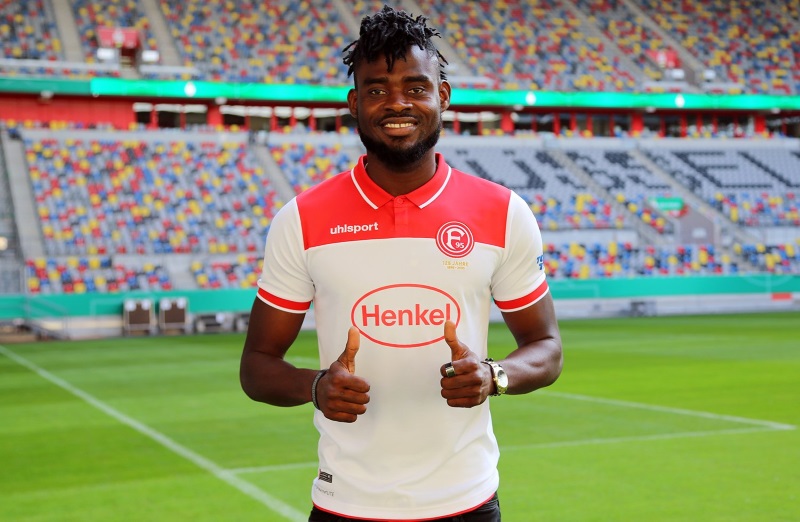 Sporting Director for German Bundesliga side Fortuna Düsseldorf, Lutz Pfannenstiel has applauded the performance of Ghana international Kasim Nuhu for his performance since joining the side on loan from TSG Hoffenheim.

The center-back currently on a season-long loan at the Fortuna-based club where he has gradually found his feet following a slow start to the season which was in truth hampered by an injury setback.

Since making full recovery, there has been no stopping the Black Stars defender who has impressed at the back while chipping in a couple of goals in the process.

Speaking to Kicker Tv in a recent interview, Fortuna Düsseldorf Sporting Director Lutz Pfannenstiel has described Kassim Nuhu Adams are a weapon for the German top-flight side.

He said “Everything has to be kept in the frame. With Adams, Fortuna is by standards "not so vulnerable at the back and much more dangerous in front of the opponent's goal. Kasim is a real weapon for standards”.

Adams is expected to be in action for Fortuna this weekend when they take on his parent club TSG Hoffenheim in a match week 13 fixture of the German Bundesliga.