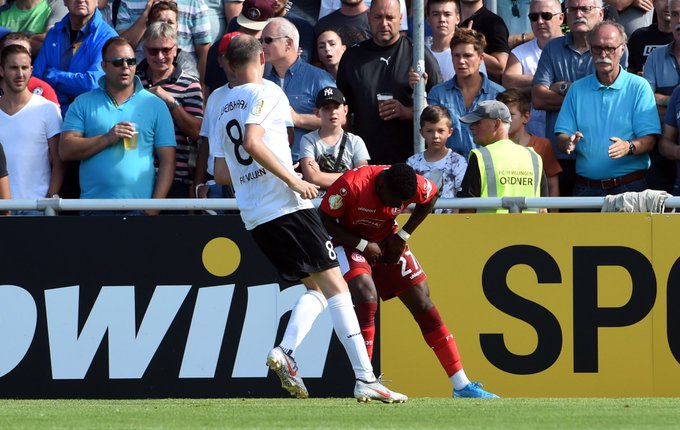 The pacey winger was handed his competitive debut last Saturday after joining the club from Belgian side Waasland-Beveren.

His side posted an emphatic 3-1 win over lower league side Villingen in the German Cup to ensure they progressed into the next round of the competition.

Trailing on the match day, Nana Opoku Ampomah scored on the 52nd to level the score for the Bundesliga side.

He was however forced off the pitch on the 60th minute after picking up torn a muscle (an abductor injury) in his left thigh.

The injury is expected to keep him on the sidelines for weeks though a definitive timeline has not been given.

“'Nana Ampomah has torn a muscle in the abductor area and will be out of action until further notice. Get well soon, Nana”, a statement from the club confirmed.

What is for sure is that Ampomah will miss his side’s opening match in the German Bundesliga against Werder Bremen on Saturday, 17 August 2019.