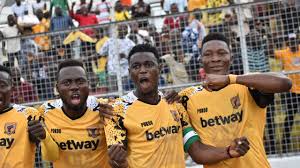 Captain Shafiu Mumuni, midfielders James Akaminko, Appiah McCarthy and Abdul Latif Anabila have all been handed call-ups following their splendid display in the 3-0 win over Akonangui FC at the Obuasi Len Clay Stadium.

27 players have already reported for training ahead of the qualifier against Burkina Faso in Kumasi for a place in next year’s CHAN Tournament.

Coach Konadu’s side are also expected to represent the country in the upcoming WAFU tournament to be staged in Senegal.