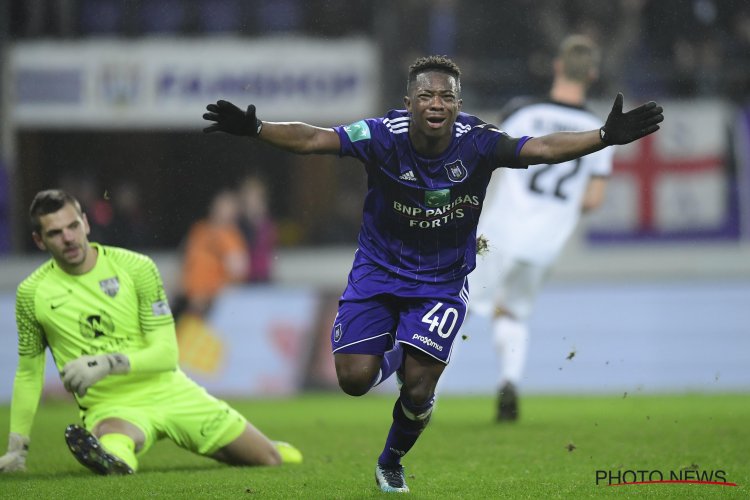 RSC Anderlecht can count on a few talented youngsters, who can hope for a step abroad. Albert Sambi Lokonga and Jeremy Doku, among others, did it recently, but not every youth product can convince completely. There's Francis Amuzu one of them.

The wing forward continues to get a lot of playing opportunity from Vincent Kompany, but has made little impression on Stéphane Demol. The former Red Devil is clearly not a fan of Amuzu. "He has often been given his chance, but he cannot convince me," says Sport/Voetbalmagazine.

According to Demol, Amuzu may have to leave Anderlecht. "He runs fast and almost always passes his man, yes, but the continuation is not forthcoming. He has not yet shown that he should be at the kick-off every weekend. Maybe he should take on a new challenge elsewhere," he concludes.

Amuzu, now 22, has played 21 times for Anderlecht this season. He was good for three goals and four assists. Amuzu still has a contract with the people of Brussels until mid-2024.