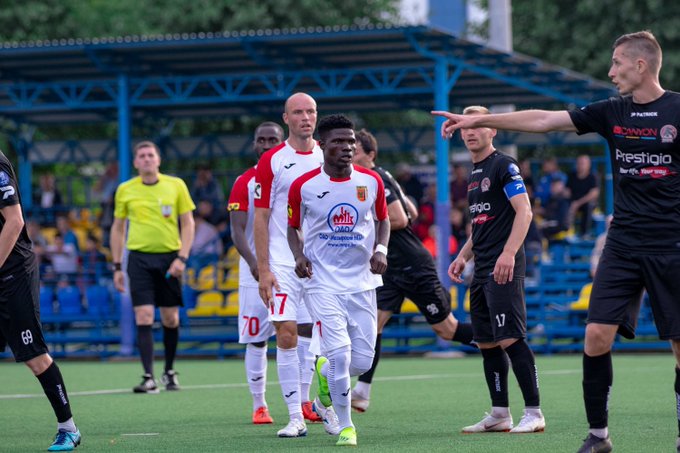 The former Ghana U-20 star recently joined the club but has quickly settled into the team. In a round of 32 tie in the Belarusian Cup, Narh starred to help his side post a 3-1 victory over their opponent to ensure they progress into the round of 16.

The pulsating encounter ended 1-1 at the end of 90 minutes and had to be pushed into the extra time. First Midfielder Maksym Slyusar scored to give Slavia the lead before Koshal pulled parity got NFK Minks on the 77th minute.

The victors upped their game in the second half and managed to restore the lead through Artem Petrenko.

With two minutes to end the game, then made it 3-1 as the visitors progressed into the round of 16.

Francis Narh has found his feet after joining the side on a free transfer and is expected to play a key role for the club as the season progresses.