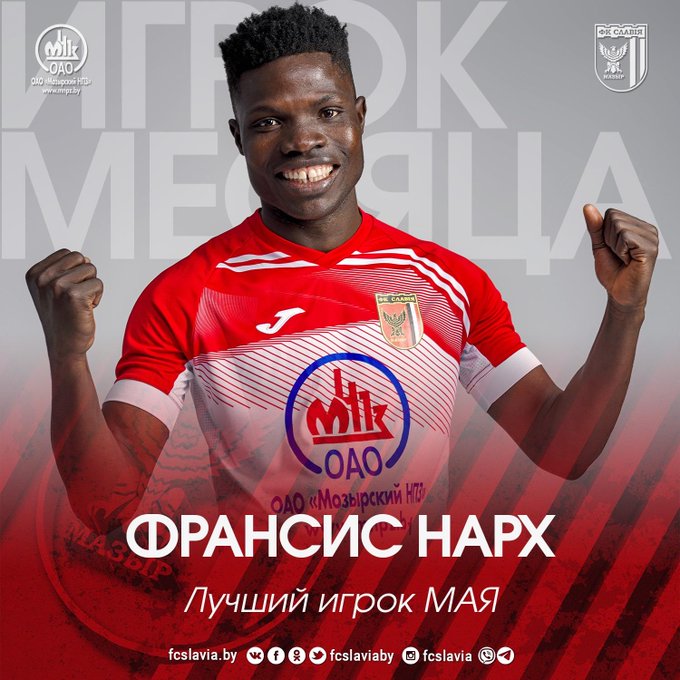 Ghanaian winger Francis Narh has earned the award of Slavia Mozyr player of the month of May for his outstanding performances.

The 26 year old was on the score sheet again as Mozyr suffered a 3-1 defeat to Neman Grodno in the Belarusian Premier League on Saturday.