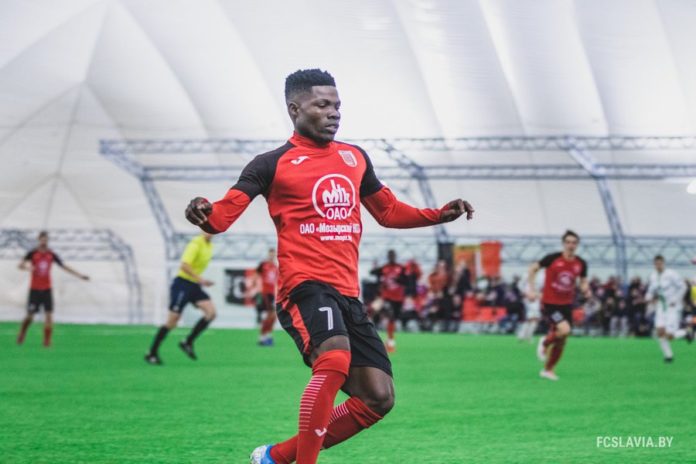 Slavia Mozyr winger Francis Narh continued his impressive form in the Belarusian league with a last gasp goal to secure a 3-2 away win over Belshina Bobruisk.

The hosts drew first blood through Mikhail Bashilov in the first 15 minutes of the tie. The early dominance did not end there, Belshina doubled their advantage through Vladislav Solanovich later in the half.

Mozyr were knocked down but were not out and Yuri Nedashkovskiy gave them hope with his goal in the 33rd minute.

In the second half, the visitors showed more desire to draw level and that came from an unfortunate own goal by Leonid Kovel in the 78th minute.

The game seemed to be in the balance and it was looking likely that the two teams will share the spoils. Francis Narh had other ideas. The Ghanaian found himself in the right place at the right time to complete the comeback and snatch a victory for his team. He was adjudged man of the match for scoring that important goal.

The 26 year old has scored three goals in 11 Vysheyshaya Liga games so far this season.