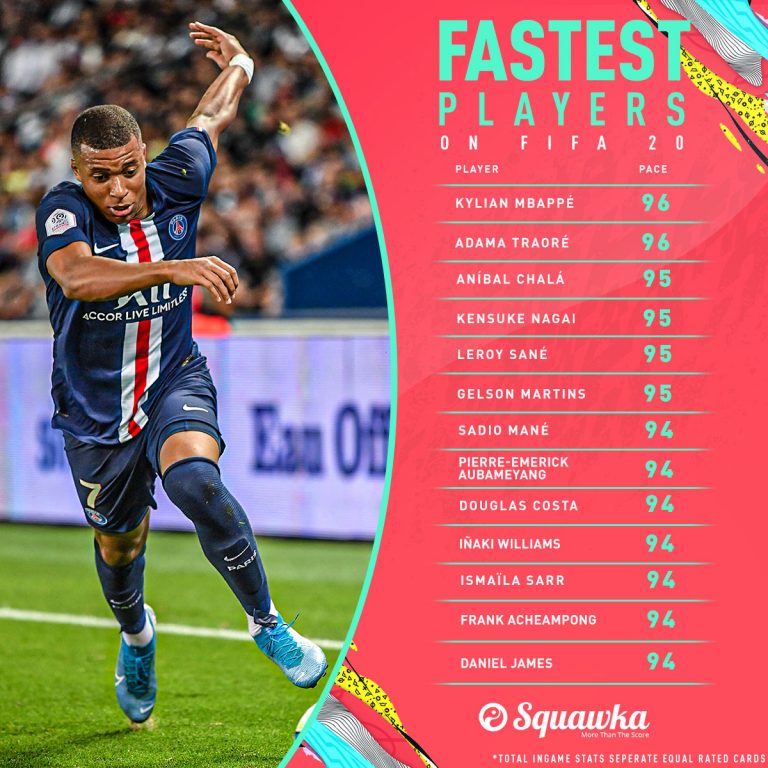 Ghanaian international Frank Acheampong has been ranked amongst the top 13 fastest players in this year’s edition of the FIFA 20 game.

The top 13 best ranked fastest players in the game have players with speed ranging from 94 to 96.

Paris Saint-Germain and Frenchman Kylian Mbappé is top of the list with 96 even though Adama Traore of Wolverhampton Wanderers has the same ratings.

The top-rated game is expected to be launched on Friday, September 27, for PlayStation 4, Xbox One, Nintendo Switch, and PC.