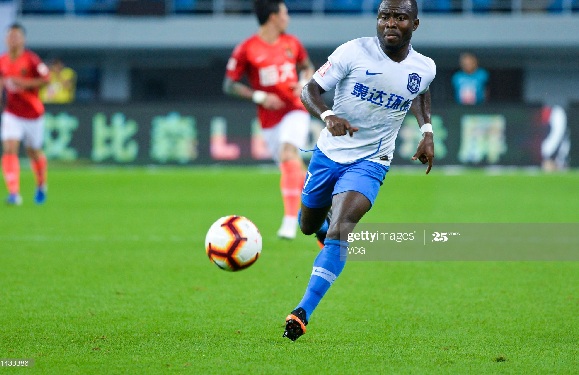 Following the dissolving of Chinese Super League champions Jiangsu Suning, reports reaching footballghana.com are indicating that Tianjin TEDA could be the next club as they risk going bankrupt.

The owners of Jiangsu Suning after struggling to get buyers in the midst of challenging financial times have decided to dissolve the club, its women’s team, as well as all youth teams.

"We have been looking for a buyer for six months and have tried with the greatest care to transfer the capital of the club," a club statement has said.

The statement adds, "Despite the departure of several players and the support of the supporters, we have to announce the end of the club today. Too many elements that were impossible for the club to control followed each other."

Meanwhile, it appears Jiangsu Suning is not the only club that has faced financial challenges.

The club is reportedly facing a huge debt and could take the same path as Jiangsu Sunning.