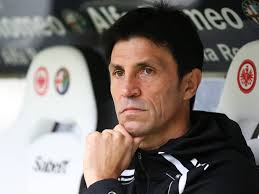 Boateng is close to sealing a deal to the Italian Serie A side after notifying Frankfurt of his desire to move on.

He joined the German side last season from Spanish side Las Palmas and became an instant hit.

The 31-year-old midfielder called the reason the proximity to his family, who lives in Milan.

It had sounded a similar story a year ago when Boateng had come to Frankfurt from the Canary Island of Gran Canaria in Las Palmas.

"He is a real personality, has attracted the attention in critical phases," Hübner mourns Boateng's exit

"Of course he is a real loss for us." Especially on the pitch he will miss."