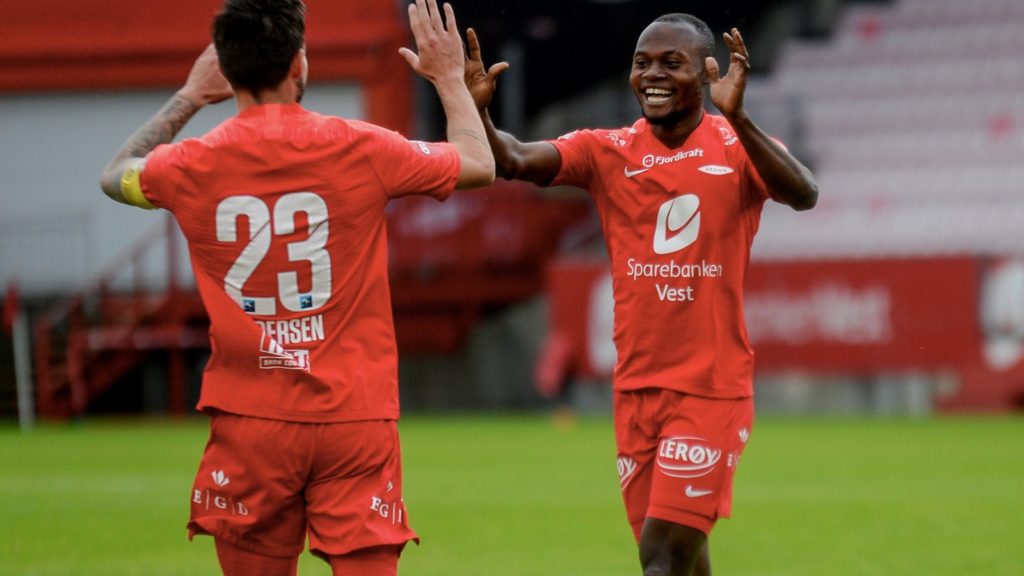 Ghanaian international, Gilbert Koomson bagged a brace on Sunday evening to help his SK Brann side to defeat Sandefjord Fotball 3-1 in the Norwegian Eliteserien.

The two teams were in action at the Brann Stadion today for a Matchday 7 fixture of the 2019/2020 football season.

The home team made their intent of winning right from the start of the game as they took the lead in as early as the 7th minute through Robert Taylor.

In the next 5 minutes, SK Brann found themselves already 3-0 up with forward Gilbert Koomson scoring twice in quick succession.

Later in the first half, Celorrio Yécora registered his name on the scoresheet to give Sandefjord a consolation.

With no goal in the second half, SK Brann cruised to a 3-1 lead with Gilbert Koomson putting up another splendid show.

The Ghanaian has 5 goals after featuring in all 7 games for his team.