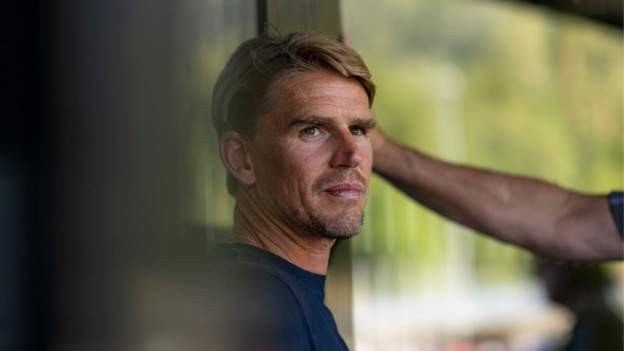 Christoph Freund has confirmed he will remain as RB Salzburg's sporting director despite interest from Chelsea.

It is understood Freund held talks with the Premier League club but Salzburg say no formal approach was made.

"When a club like Chelsea is interested in you, it is a big honour not just for you, but also for the work of the club in general," said Freund.

"But I've come to the conclusion that FC Red Bull Salzburg is the best place for me."

He added: "We're in the middle of a very intense phase and have important tasks to do in the Bundesliga, cup and Champions League - that's what my whole focus and concentration are on."

Freund, 45, would have overseen player recruitment at Stamford Bridge alongside manager Graham Potter, who was appointed earlier this month to replace the sacked Thomas Tuchel.

Chelsea are keen to appoint a sporting director after chairman and co-owner Todd Boehly fulfilled the role in an interim capacity over the summer.

The Premier League club have been speaking to several candidates about the role, and want to ensure someone is appointed before the World Cup in November.

It is understood that Boehly and other senior sources are keen on the data-driven approach to recruitment used by Salzburg and fellow Red Bull team Leipzig, who play in the Germany Bundesliga.

Salzburg managing director Stephan Reiter added: "Christoph Freund has been doing excellent work for us for many years and only recently extended his contract until 2026.

"I can hereby confirm that he will remain sporting director of FC Red Bull Salzburg.

"Of course, he informed me about Chelsea's interest in him and we exchanged ideas on a personal level and in good conversations.

"The fact is that he will remain our sporting director. We have not received any inquiries about a possible change."

Chelsea and Salzburg shared a 1-1 draw in their first Champions League Group E encounter last week and are set to play again in Austria on 25 October.