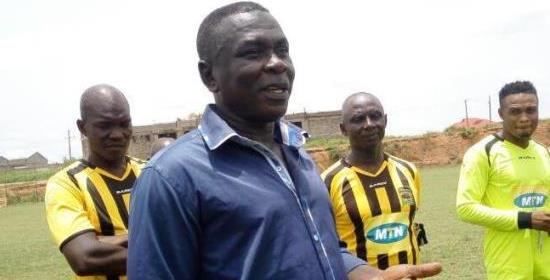 Management of Kumasi Asante Kotoko have tasked coach Frimpong Manso to take charge as interim coach of the club.

Following the sacking of coach Zdravko Lugarusic, the club announced Manso, 57 was going to play an advisory role but it looks like he has taken over now.

The ex-Ghana defender has replaced Godwin Ablordey who was initially named interim coach and after suffering a defeat at Wa against defending league champions, Manso has now been given the mantle to steer affairs from the dugout.

"Yes I have been asked to act in the interim, my challenge now is to improve results for now, and psyche the players who are down to raise their spirits." Frimpong Manson said on Nhyira FM.